Gene Simmons’ wife has called out Paul Stanley after the KISS frontman apologized for Gene’s comments about Prince’s death. 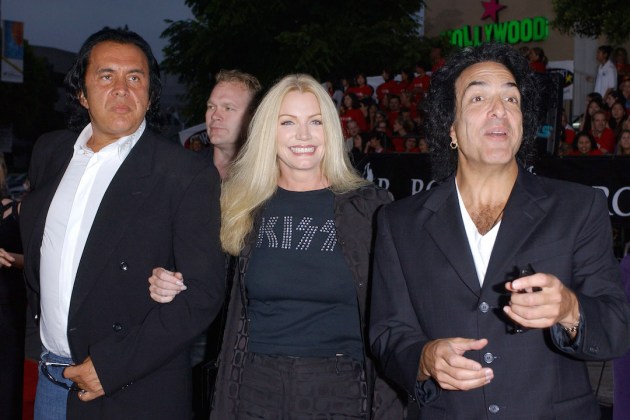 Earlier this week, Simmons took heat from from friends, family and fans after calling Prince’s death “pathetic” and insinuating that the iconic artist died from a drug overdose. Stanley denounced his bandmate’s “cold, clueless” statement on Twitter, saying that he was “embarrassed” by Simmons’s comments and offering his apologies. 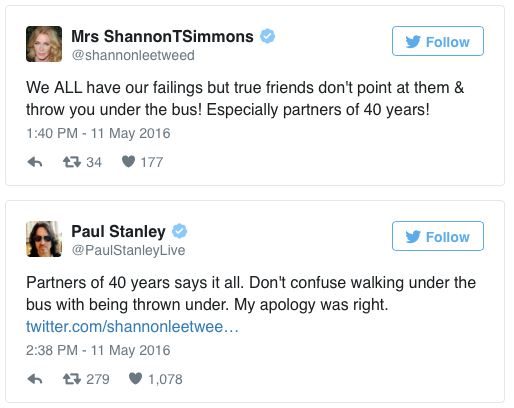 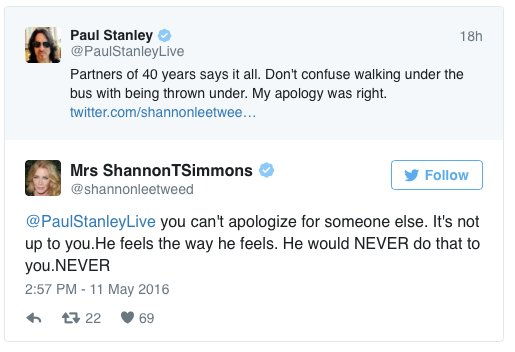 Beyond the tweets, Tweed also posted a picture of her with Simmons on her Facebook page, commenting: “Because, no matter others’ opinions, I love my huzby!”

Simmons yesterday took to Twitter to clarify his remarks about Prince. He explained: “I apologize — I have a long history of getting very angry at what drugs do to the families/friends of the addicts. I get angry at drug users because of my experience being around them coming up in the rock scene.”