Former Gn’R & Velvet Revolver drummer Matt Sorum made a TV appearance on Friday (May 6) on Fox 11 in LA to talk about a concert this Thursday, May 12 at the Fonda Theatre for elementary schools in the Los Angeles Unified School District.

The night will honour 2016 Rock And Roll Hall Of Fame inductees Glenn Hughes (Deep Purple) and Robin Zander (Cheap Trick). All proceeds benefit “Adopt The Arts”, the organization Sorum co-founded with a mission to save the arts in public schools.

“The public school system, they were cutting the arts,” Sorum explained. “I ended up going down and talking to the superintendent of the schools… I did a speech in front of the board and then they invited me to meet them and I told them I wanted to help.” 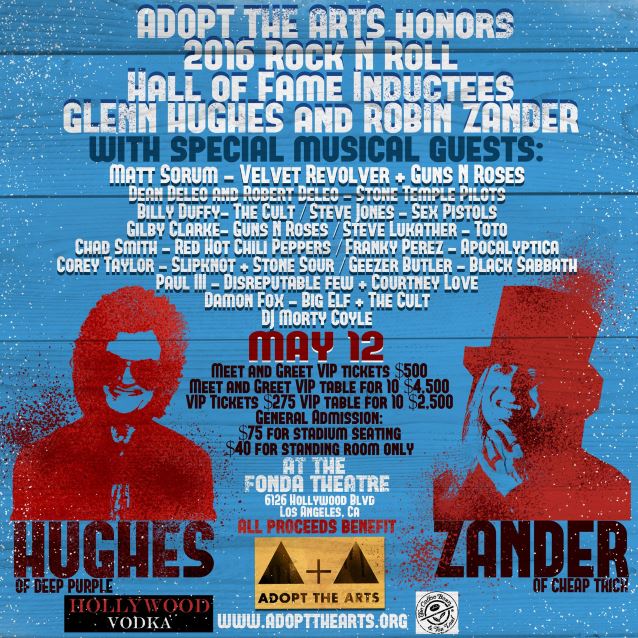 The foundation initially raised enough money for 1,000 instruments. It now has two fully-funded schools, paying for the teachers, more instruments and the curriculum.

“I just really feel for these kids,” Sorum said. “I want to give them as much chance as they can have in life.”

Hosted by Sorum and Jane Lynch, the event will feature a host of special musical guests such as:

Tickets are on sale here: AXS.com. 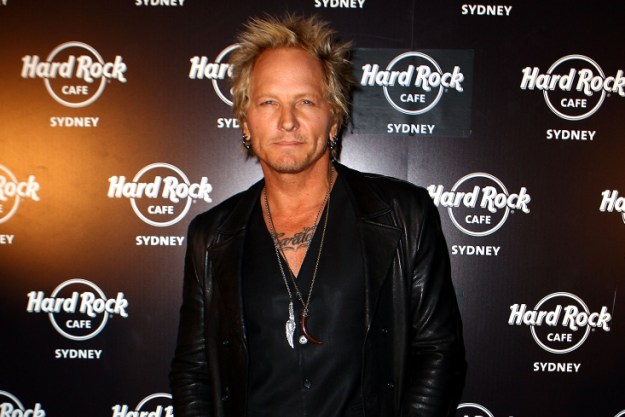 Sorum said: “This isn’t just about your kid who may or may not be in public school; this is about our community. A lot of entertainers and wealthy people in the entertainment industry don’t know what is happening in America’s public schools. Adopt The Arts is shedding light on the reality of public education and providing an opportunity for people to invest in their community.”