What a book title! Former Guns N’ Roses drummer Steven Adler is working on a new book called “Steven Adler: The Shit My Friends Remember I Did”. No release date set. 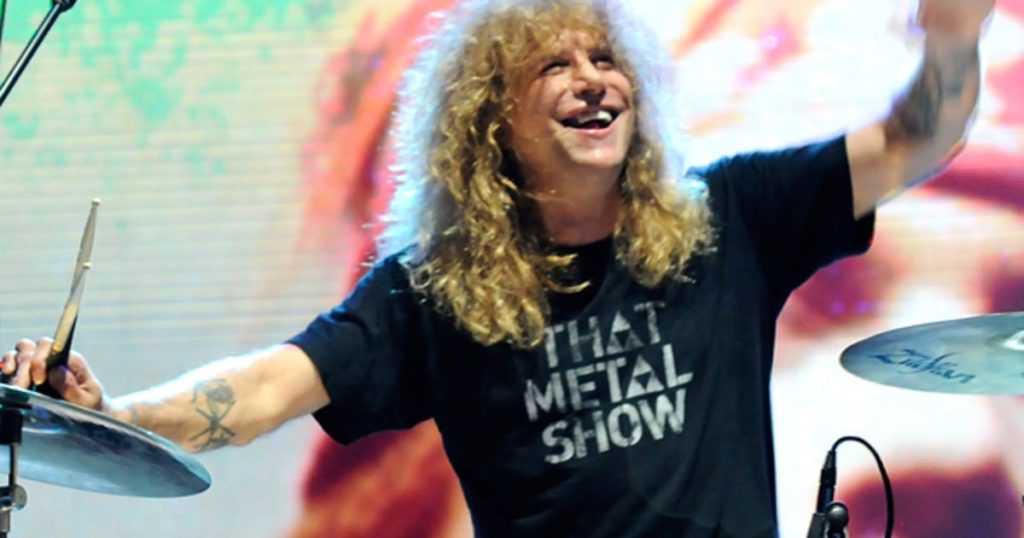 Adler was interview by Eric Blair at last Friday’s (Oct 6) “Bowl For Ronnie” event in Studio City, California. Watch the video below.

Within the video – Adler spoke about a website he recently started called Steven Adler Stories where fans can submit their stories about the drummer for possible inclusion in the book. All submissions should be between 20 – 125 words.

Asked what his secret is to staying sober in his late forties and early fifties, Adler told Blair: “You know, it’s just keeping busy and it’s just something that happened. It just snapped in my head one day. I was on my way, like I usually did, year after year, I would walk to the liquor store and I would be there before it would open. And just one day, I was walking out my front door to go to the liquor store and just something snapped in my head, and [I said to myself], ‘I can’t do this anymore.’ And I woke my wife up and she took me to an AA meeting, and it started from there. One day at a time. And now I’ve got three years, seven months and three weeks [sober], and it’s like that. After the first year, it’s just like you don’t even think about it. And I quit smoking cigarettes three months ago. That was just like drinking — it was something I hated doing and hated, but I couldn’t stop. And then I did some iowaska, and I focused and prayed on that, and within ten days I was able to stop. Now I smoke these little Clint Eastwood cigars, like three or four a day, which is nothing compared to… There’s no chemicals in it; just tobacco rolled. Instead of thirty chemical-laden cigarettes. I’d stink [when I smoked cigarettes]. If you notice, I don’t stink right now.”

Adler’s autobiography, “My Appetite For Destruction: Sex, And Drugs, And Guns N’ Roses”, came out in July 2010.