Drummer Matt Sorum was recently a guest of the “2 Hours With Matt Pinfield” podcast and talked about his upcoming autobiography, joining Gn’R, playing with The Cult and more! Read excerpts & hear the interview below! 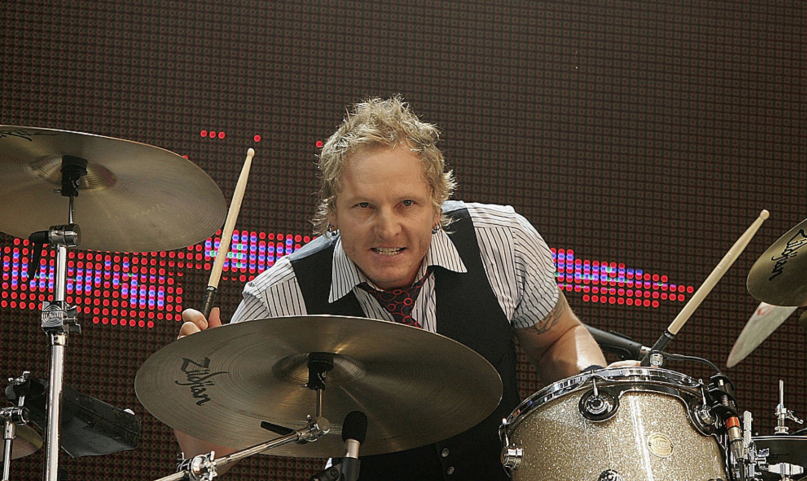 Matt talks about his plans to write an autobiography, “I’m writing [it] right now. When you write a book, you sit for hours and just go through the trials and tribulations. I’ve done almost four months of four- or five-day sessions, like, once a month, so I’ve got hours and hours — probably a thousand pages right now. We’re going to edit it down. It’s going to be good, though. It’s going to be the juiciest of the juiciest of the GN’R books, for sure, plus all the other crap I’ve done. I’m being really truthful about everything that happened. I’m not a jaded individual; I’m not a bitter guy. There’s a lot of bad shit that went down, but I just want to tell the story straightforward, and I don’t want to, like, hold back. I will edit some things — my wife’s got to look at it. [Laughs]”

Matt talks about how he joined The Cult, “Basically, it was a guy that played with Steve Jones named Terry Nails. He was a cool local guy, and him and Pat Torpey from MR. BIG told THE CULT about me. Pat had played with Jimmy Page and Robert Plant when they did that tour [in 1988], and THE CULT guys had seen him, so they called Pat first and wanted Pat in the band. Pat said, ‘No, man, I can’t do it. I’m starting a band called MR. BIG, but I know this guy named Matt Sorum.’ That’s how it happened.”

Matt talks about joining Guns N’ Roses, “I had this sort of initial big offering of THE CULT taking me into the arena level. I feel like I’m in a [big] band. This is good. I’m cool. This is a great life. I’m making a great living. When the GUNS N’ ROSES offer came along, I can’t say I had really listened to the [‘Appetite For Destruction’] record even though it was everywhere. I didn’t buy it, because I was on the road. I was doing my own thing; I was living another life. When I got back to L.A. and THE CULT tour finished, I got that call from Slash, and ended up coming to Hollywood. When I finally was offered the position, Slash and Duff and then Axl came in, very similar to Ian. Waited a few days and came down. Axl came in and he kind of walked by. He winked at Slash, and then he left. Same thing as Ian did, except for he didn’t sing. That day, Slash said, ‘You’re in the band, dude. You want be in the band?’ We went up to his house, and we were drinking and hanging out. I remember thinking, ‘These guys are nuts, but I like them.’ [Laughs] I ended up joining the band and becoming a member.”

Matt Sorum was inducted as a member of Guns N’ Roses into the Rock And Roll Hall Of Fame in April 2012.