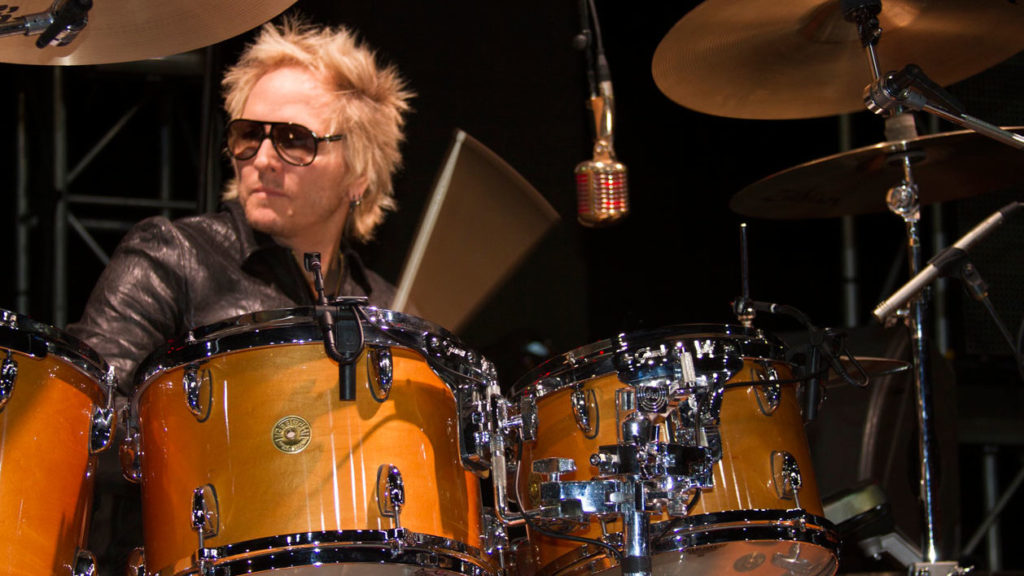 You don’t have long to wait – according to fan site Guns N’ Roses Central, Sorum’s book hits bookstores April 7, 2020. Check out the full synopsis at the bottom of this post.

Sorum was on the 2 Hours With Matt Pinfield podcast last year and said, “Before I was in a rock band, I was a drug smuggler. I used to smuggle cocaine across borders. I’d fly on airplanes with two kilos strapped around my waist.”

As you might imagine, Double Talkin’ Jive sums up his time as the drummer for Guns N’ Roses. “I looked at my time in that band as well-spent,” Sorum said. “It can never really be reimagined or replaced, that experience in my life. I give a lot of credit to my career going forward because of that experience.”

Cocaine smuggling, shoot-outs, and never-ending decadent parties: Matt Sorum’s Double Talkin’ Jive could almost be described as the autobiographical equivalent of the film Blow. But rather than becoming a premier drug smuggler, Matt Sorum becomes a world-famous drummer in Guns N’ Roses, Velvet Revolver, and the Cult. Sorum drops out of high school to become a drummer, but turns to selling pot to support himself, and later smuggling large quantities of cocaine. When Sorum is given the chance to play in the Cult, he is finally able to make a living as a drummer. The very next year Slash and Duff Mckagan recruit Matt to join Guns N’ Roses, and with that, Matt’s life is transformed. When Axl Rose starts turning up at the recording studio more and more sporadically, sometimes not at all, Matt recounts in keen detail how he and the band stagger toward their downfall. Matt and his Guns N’ Roses bandmates Slash and Duff form Velvet Revolver with Dave Kushner and Scott Weiland. When Weiland suddenly leaves the band, Matt steps in as drummer for Motörhead during their US tour, and then starts his own all-star band, Kings of Chaos. During his time as a professional drummer, Matt battles alcohol and coke addictions, but meeting his girlfriend, Ace Harper, helps him manage to go clean. Matt Sorum’s autobiography, written with writer duo Leif Eriksson and Martin Svensson, avoids all the usual rock biography clichés.