Foo Fighter drummer Taylor Hawkins recently did an interview with NME and told them that the band is in a ‘hunker down period’ before heading out on their European tour. 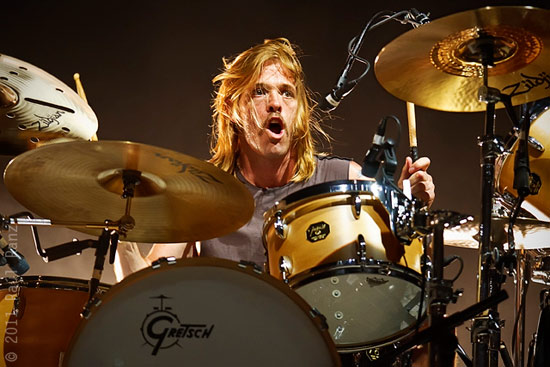 Foo Fighters said they’re playing some EU Festivals in 2017 – to which fans are speculating there will be new material… now, Hawkins said they haven’t even started work on their ninth studio album.

“We’re still in a hunker down period right now,” the drummer told NME. “We know we have those shows next year, and we did a charity event for Dave’s kid’s school a couple weeks ago that got a little bit of press. We’re fine, we love each other we’re all good. We’re just figuring out when the world’s ready for more Foo Fighters, we’re a family.

“We will make a new record at some point. We won’t really be ready until Dave’s ready to go. It’s on the books, so we’ll definitely be playing. We never really know, we just wait for a text from Dave saying ‘hey, let’s go down to the studio.” 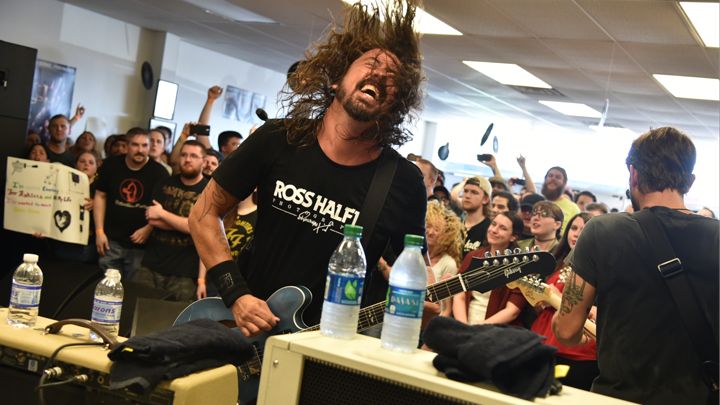 Meanwhile, when NME asked Hawkins if he knew of plans for Foo Fighters to play next year’s Glastonbury Festival, he replied, “Not yet man but I’m always the last to know. I have a big mouth so they don’t tell me anything. That’s a rule in Foo Fighters; ‘don’t tell Taylor, he’ll tell everybody’.”