The album was produced by Greg Kurstin (Adele, Sia, Pink) and mixed by Darrel Thorp (Beck, Radiohead), ‘Concrete And Gold’ is quite diverse – being described as ‘a mix of hard rock extremes and pop sensibilities’.

Singer Dave Grohl told Radio 1: “I wanted it to be the biggest sounding Foo Fighters record ever. To make a gigantic rock record but with Greg Kurstin’s sense of melody and arrangement… Motorhead’s version of ‘Sgt. Pepper’… or something like that.”

You can pre-order ‘Concrete And Gold’ now on iTunes. Check out the tracklist below. 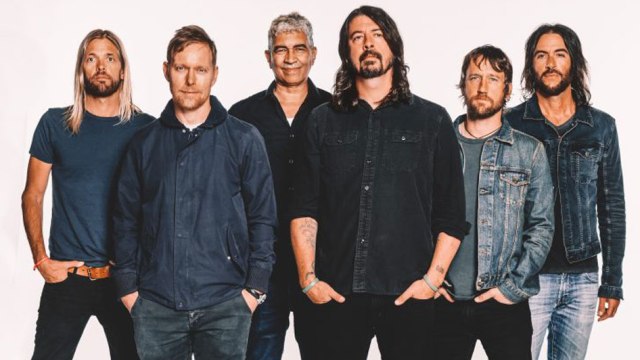 We’ve already heard a couple new songs this year (“The Sky Is A Neighbourhood” and “La Dee Da”), so the idea of a new album makes sense.

New Foo Fighters “Concrete And Gold” is out September 15th!