Filmmaker Francis Ford Coppola left a permanent mark on Hollywood on Friday (April 29), after his hands and feet were imprinted in cement to be displayed at the landmark TLC Chinese Theatre. 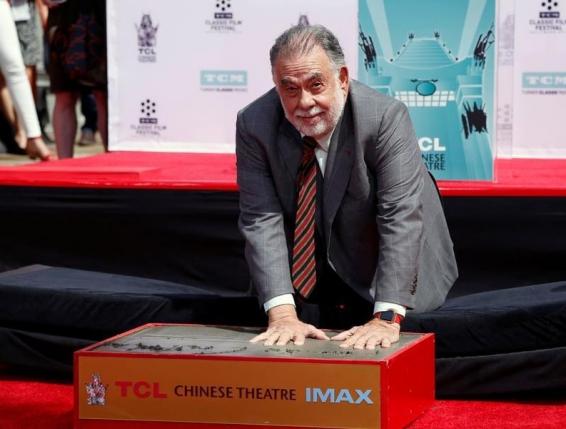 Director Francis Ford Coppola places his handprints in cement during a ceremony in the forecourt of the TCL Chinese theatre in Hollywood, U.S., April 29, 2016. REUTERS/Mario Anzuoni

The ceremony honoured the 77-year-old Oscar-winning director’s 50-year career, highlighted by movies such as “The Godfather” trilogy and “Apocalypse Now” and five Oscar wins. It took place during Turner Classic Movies’ annual Classic Film Festival in Hollywood, which ran through Sunday, where Coppola’s movies were played. 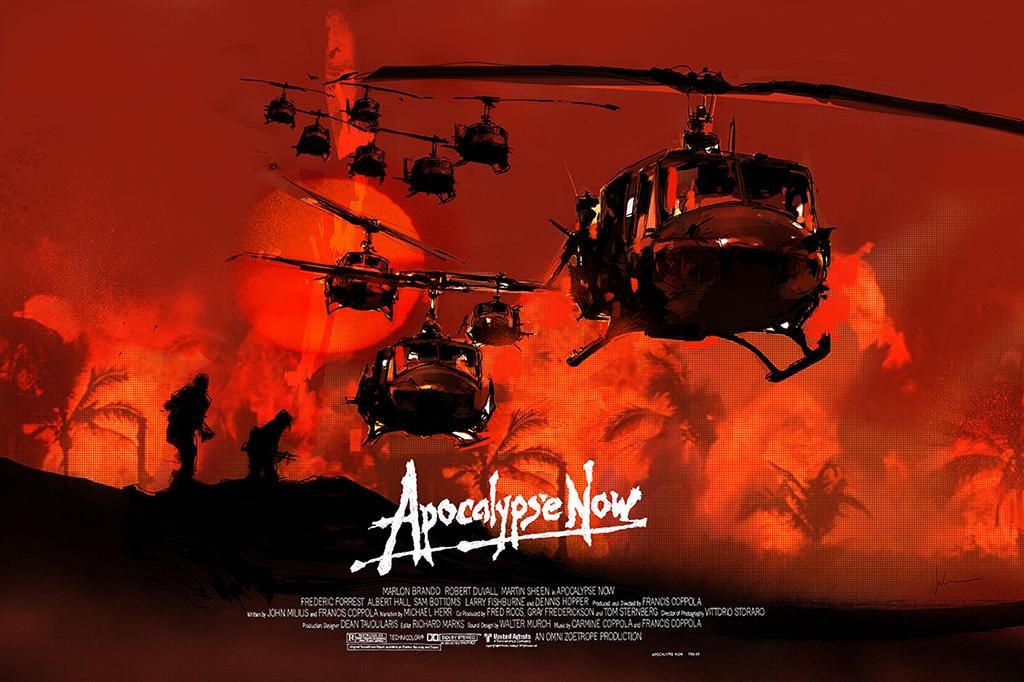 “Thanks to TCM, thanks for this opportunity to be at the legendary Grauman’s Chinese Theatre,” he said. “We still call it that, we who knew it as (Grauman’s). It represented Hollywood to us.”

“Maybe 40 years ago people might not have appreciated a film like ‘Apocalypse Now,’ which was kind of unusual to say the least,” Coppola told Reuters about receiving the honor after so many years in the industry.

“If you’re looking as an artist for some type of assurance that what you are doing is OK or going in the right direction then I think you have to wait for the judgment of time before you know.” 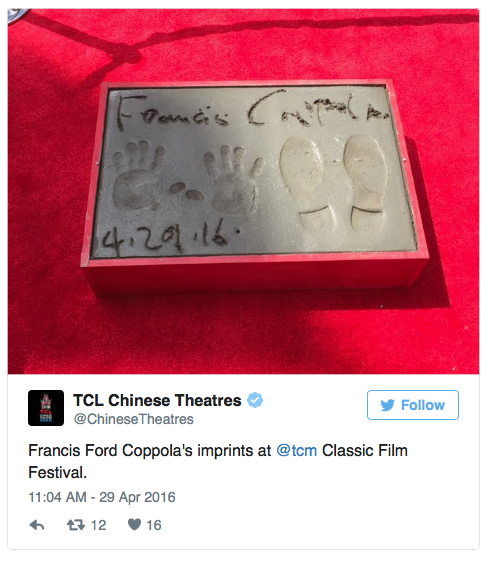