Filming for the upcoming Star Wars Han Solo origins movie is set to begin in January 2017!

Co-writer Lawrence Kasdan revealed the production date while attending the AJFF Icon Award for Contributions To The Cinematic Arts.

“You know, Chris Miller and Phil Lord are going to direct it,” he said. “They’re great, funny and imaginative and we’ve had a great time together.

“My son [Jon] and I wrote the script and Chris and Phil are working on it and they’re about to move to London to start shooting in January. And it should be fun.”

He also confirmed he’ll have some involvement in Episode VIII and IX. 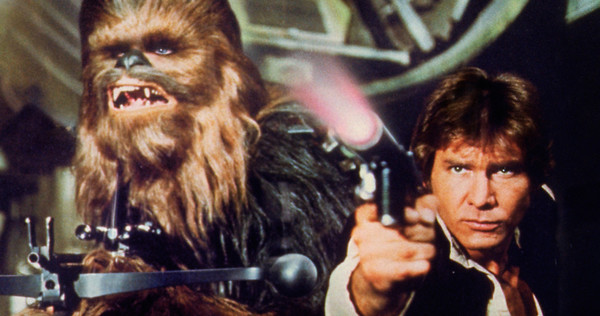 “[Episode VIII director] Rian [Johnson] is a friend of mine. I’m getting to know Colin Trevorrow, who is going to direct Episode IX, so I feel very involved with it.”

Actor Alden Ehrenreich is favourite to play a young Han Solo in the movie.

The Han Solo movie is scheduled to open in theatres on May 25, 2018. As well as telling the origin story of Han Solo, it will also focus on the back story of Chewbacca.