As a lifelong fan of The Vancouver Canucks, Grant Fuhr & the Edmonton Oilers were always on the radar in the 80s. Gretzky, Kurri, Messier, Anderson & Co. trounced every team back-in-the-day but Fuhr was between the pipes and is without-a-doubt one of the best NHL goaltenders of all-time!

Grant is best known from his time with the Edmonton Oilers in the 1980s.

Fuhr was inducted into the NHL Hall of Fame in 2003.

Over his career, he won five Stanley Cups and was a six time All-Star. He was named one of the ‘100 Greatest NHL Players’ in history. Fuhr also set some firsts for black hockey players in the NHL; the first to win the Stanley Cup and the first inducted into the Hall of Fame.

We got into his career (obviously), talked binge-watching NCIS and horror movies, seeing RUSH & Trooper in concert. We talked CBD oils and the benefits in the sporting world. Wouldn’t it be cool to have the super power of X-Ray vision? We talked potential and rivalry. And how can you not talk about COVID-19 at a time like this? Damn. 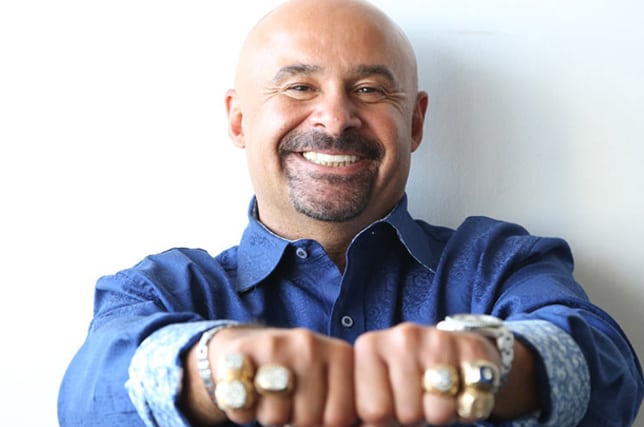 I remember making the crazy arm saves as a kid, pretending to be Grant… CAR! I remember watching Fuhr on TV, hoping the Canucks could muster a win.

Freaking GRANT FUHR! Share this one with a friend who needs to hear it.