Evanescence To Do Livestream Event, ‘A Live Session From Rock Falcon Studio’

You’ll be able to access the livestream through Tuesday, December 8 at 11:59 p.m. ET.

The band got together from Nashville, Sacramento, and Germany to play songs form their “The Bitter Truth” album.

Get this. It’s only $9.99 early-bird tickets at www.EvanescenceLive.com. 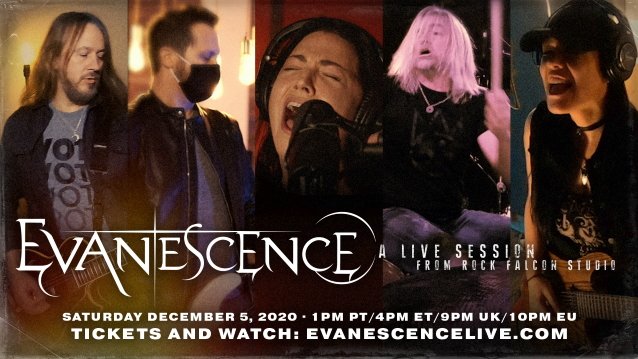 The livestream is being hosted at Rock Falcon Studio in Nashville (where they recorded “The Bitter Truth”).

Which band would you like to see do a livestream concert?