Eric Clapton recently did an interview with ‘The Real Music Observer’ and talked about why he released his anti-COVID19 policies song “This Has Gotta Stop”. Clapton released the song only months after he released the anti-lockdown song “Stand And Deliver” with Van Morrison.

As you may have read in the news, the 76 year old Clapton refused to play live shows that required attendees to prove they’ve been vaccinated and said the thought he might “never play again” due to the pandemic.

Clapton did say he was currently healthy, “I’m feeling pretty good. I think it’s been about nine months since I got sick from the thing (the vaccination) and for a couple of months I wasn’t sure if it was gonna go away, if it’s gonna get worse. I couldn’t play — I really couldn’t play — and I wasn’t sure… I had a lot of work to do, whether I was gonna get fit for that or whether it was gonna have to be canceled. Two years of work [had] already [been] canceled. And I came to the States. And that was like a trial; that was in September of last year. And I was really pushing to see if I had recovered enough to be able to stand alongside the guys I play with and hold up my hand. And I had a great time. I still have some stuff going on, which is affected by the cold or the weather or stress to, sometimes. But on the whole, I think I’m pretty much the way I was — thank God — before I walked into that.” 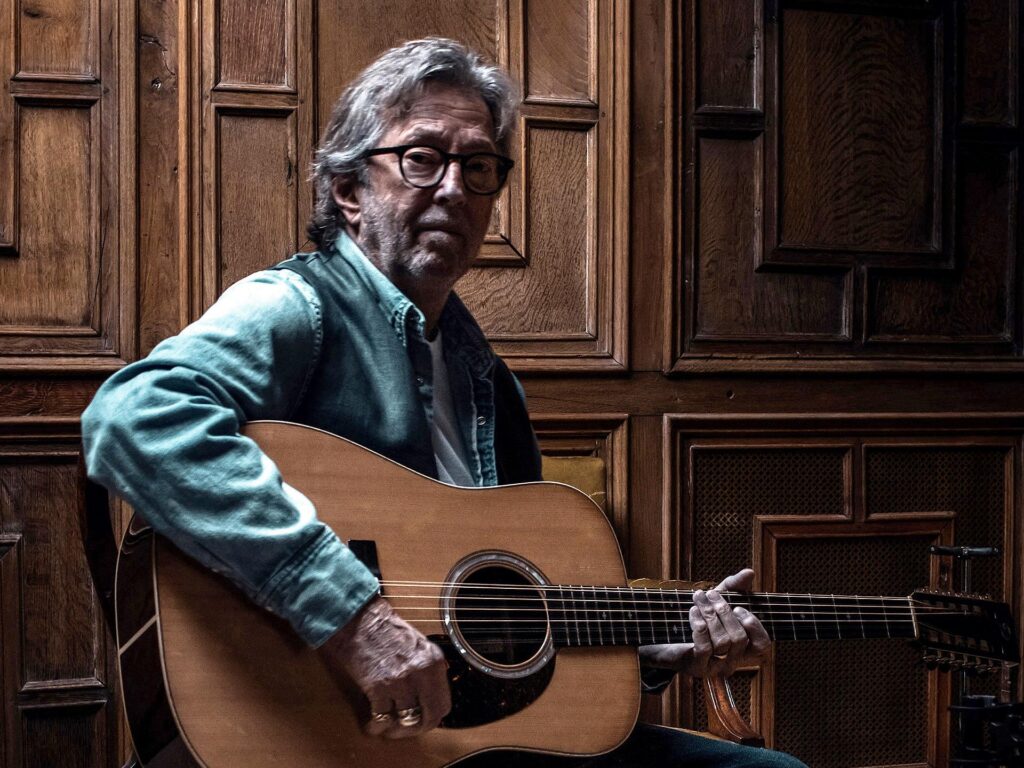 Eric took a stand against vaccine mandates in July 2021, shortly after UK Prime Minister Boris Johnson announced that vaccine passes would be required to enter nightclubs and venues.

Clapton released the statement, “Following the PM’s announcement on Monday the 19th of July 2021 I feel honour-bound to make an announcement of my own, I wish to say that I will not perform on any stage where there is a discriminated audience present. Unless there is provision made for all people to attend, I reserve the right to cancel the show.”

Clapton admits he lost friends and music associates because of his  anti-vaccine stance, saying, “My family and friends think I am a crackpot anyway. Over the last year, there’s been a lot of disappearing — a lot of dust around, with people moving away quite quickly,” he continued. “It has, for me, refined the kind of friendship I have. And it’s dwindled down to the people that I obviously really need and love. Inside my family, that became quite pivotal … I’ve got teenage girls, and an older girl who’s in her 30s — and they’ve all had to kind of give me leeway because I haven’t been able to convince any of them.”

Are you surprised at how polarizing this pandemic has become? Friends unfriending friends on FB. You see videos of physical violence online. People losing their jobs. It’s quite crazy, isn’t it?