Elvis Costello took to his personal website to announce that he has been diagnosed with a “small but very aggressive cancerous malignancy” and has cancelled the last 6 dates of his current European tour. 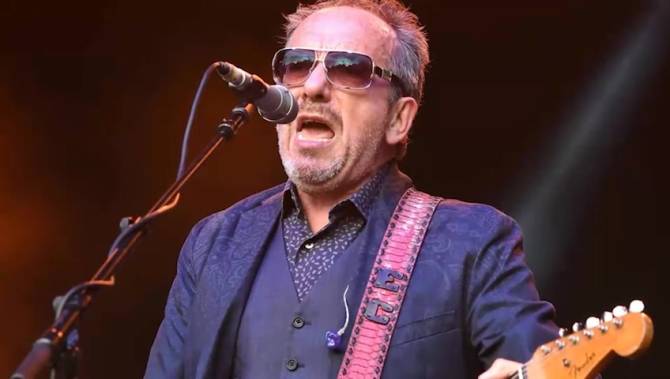 He said doctors told him to cancel the dates to avoid putting his “health at risk”.

“Six weeks ago my specialist called me and said, ‘You should start playing the Lotto. He had rarely, if ever, seen such a small but very aggressive cancerous malignancy that could be defeated by a single surgery. I was elated and relieved that our European summer tour could go ahead.”

“Post-surgical guidelines for such surgery, recommend three weeks to four weeks recovery, depending on whether you are returning to a desk job or an occupation that involves physical work or travel,” he continued. “It was impossible to judge how this advisory would line up with the demands on a traveling musician, playing 90-minute to two-hour-plus performances on a nightly basis, but by the time we reached the Edinburgh Playhouse, I was almost fooled into thinking that normal service had been resumed.”

Apparently Elvis’ cancer affects males specifically. “Gentleman [sic], do talk to your friends – you’ll find you are not alone – seek your doctor’s advice if you are in doubt or when it is timely and act as swiftly as you may in these matters. It may save your life. Believe me, it is better than playing roulette.”

On the positive side – expect a new Elvis Costello album in October and a North American tour is expected to start November 2nd in Bethlehem, Pennsylvania.