Elon Musk sued over a 420 joke

Elon Musk just can’t catch a break. Musk agreed on Saturday (Sept 29) to step down as chairman of Tesla and pay a $20M fine. The Securities and Exchange Commission charged Musk with fraud, based on “a series of false and misleading tweets about a potential transaction to take Tesla private.” 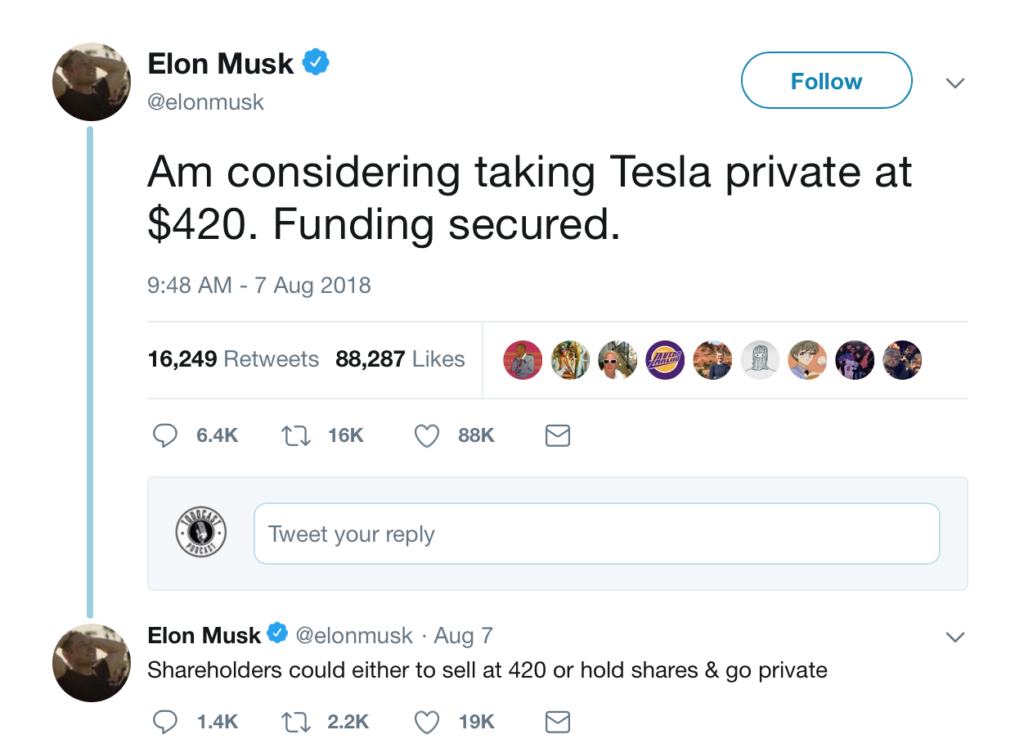 The SEC released a statement that said Musk hadn’t secured funding to take Tesla private, and that he “allegedly knew that the potential transaction was uncertain and subject to numerous contingencies.”

Under the settlement (which requires court approval), Musk will be allowed to stay as CEO but must leave his role as chairman of the board within 45 days and can’t seek reelection for three years. As if that’ll matter – he’ll still be there.

Musk accepted the deal with the SEC “without admitting or denying the allegations of the complaint,” according to a court document.

SEC added: “According to Musk, he calculated the $420 price per share based on a 20% premium over that day’s closing share price because he thought 20% was a ‘standard premium’ in going-private transactions. This calculation resulted in a price of $419, and Musk stated that 7 Case 1:18-cv-08865 Document 1 Filed 09/27/18 Page 8 of 23 he rounded the price up to $420 because he had recently learned about the number’s significance in marijuana culture and thought his girlfriend ‘would find it funny, which admittedly is not a great reason to pick a price’.”

Do you think Musk is being targeted or is this lawsuit justified?