The sequel to Super Troopers should be released later this year. And we now know that Eagles Of Death Metal are providing the music for Super Troopers 2! 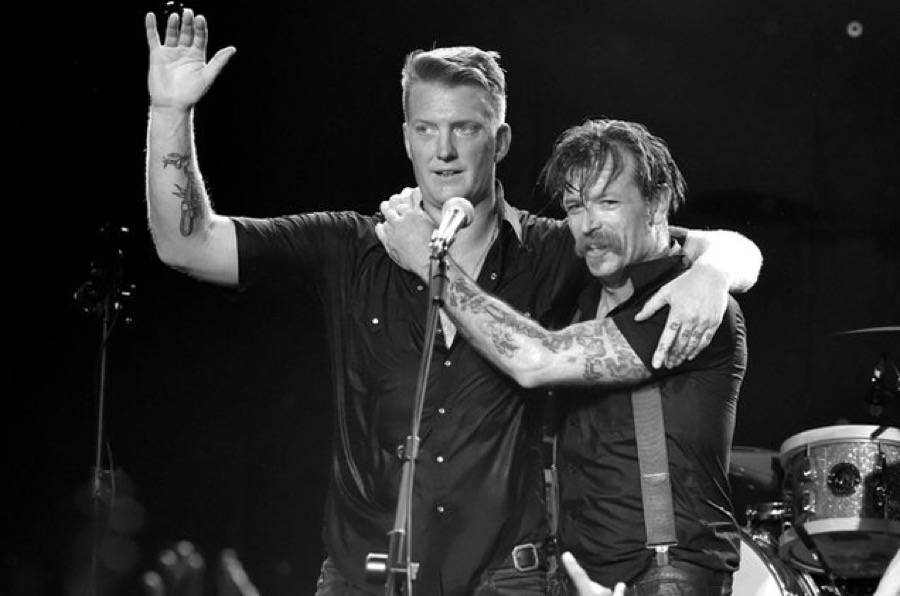 Director Jay Chandrasekhar tweeted the picture below. Chandrasekhar is a member of the Broken Lizard sketch comedy group. He helped write and starred in both the original film and the upcoming sequel.

Two years ago, Broken Lizard launched an Indiegog campaign in hopes of raising $2 million to pay for making Super Troopers 2. They got that on the first day and eventually ended up raising $4.6 million!

Shortly after they started production, Broken Lizard announced that Rob Lowe had signed on to be in the cast as “Guy Le Franc”, a former hockey player and the current mayor of a Quebec Canadian border town.”

No word on when Super Troopers 2 will be released. Hopefully soon!