Doctor Octopus Is Back In ‘Spider-Man 3’!

If you’re even remotely a comic book nerd, this news probably got you fired up! Spider-man 3 will see the return of Alfred Molina as Doctor Octopus! 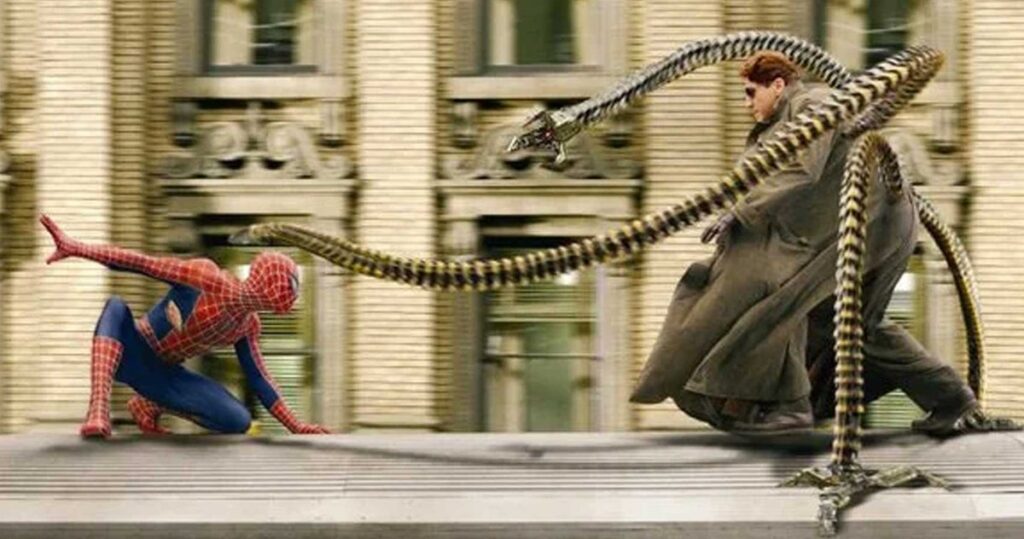 Molina was in Sam Raimi’s 2004 sequel Spider-Man 2 as the brainy scientist Otto Octavius (watch the excellent train fight scene below) who turns into the evil eight-limbed villain Doc Ock.

You may remember that last month it was reported Molina might be involved in the new Spidey movie. Now, it appears confirmed!

Tom Holland is back as the webbed-wonder. Sony is shooting to release the movie on Dec. 17, 2021. Jon Watts (directed Spider-Man: Homecoming and Spider-Man: Far From Home) is back! And word is you’ll see Benedict Cumberbatch as Doctor Strange in the new movie too! Hell, even Jamie Foxx is returning as Electro!

Which Spider-Man villain would you like to see make an appearance on the big screen. I’ll start: Kraven The Hunter. HTF has he not made it to a movie yet??