You can read the entire post on Dimebag’s Instagram account. In part, Dime’s longtime girlfriend and estate trustee, Rita Haney, said, “After much consideration, it is with great sadness that I announce the longstanding relationship between Dimebag and Dean Guitars is over. Unfortunately, we were forced to file a lawsuit against Dean Guitars on Monday, August 16th, for the reason set forth in the complaint that may be viewed at www.dimebagdarrell.com. It was necessary for us to end Dime’s endorsement of Dean Guitarsto continue to honor and celebrate his legacy the way he deserves, and in the way he had laid it out.”

She continues, “We do not make this decision lightly and it is with a heavy heart that we share this news with you, Dime’s loyal fans. As you know, after signing the deal with Dean Guitars in 2004, Dime was ecstatic to finally be working with the one and only, Mr. Dean Zelinsky, who’s been gone from the company since 2008. Darrell had voiced several times that it was like going home where he belonged. It was something he was enormously proud of.”

“I have spent days, re-reading through all of Darrell’s guitar notes, lists, letters, and drawings (some not yet released). knowing Darrell’s wishes and seeing them written down on paper, once again, after all these years solidifies that he would not have stayed. I want to see Dime’s words followed through and to have his legacy reach the level he intended.” 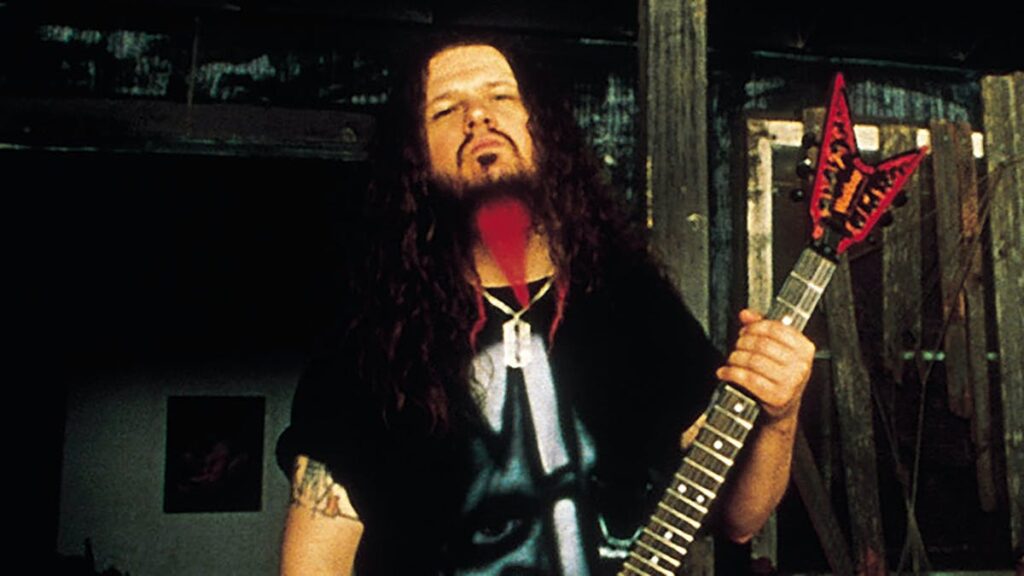 In the lawsuit, Haney says Dean’s current CEO Evan Rubinson was “incredibly disrespectful and often times belligerent to the legacy of Abbott. He acted without regard for the success Abbott brought to his father’s company, and to which ultimately contributed to his inheritance.”

The complaint goes on to say, “Given the misdealings uncovered by Ms. Haney, she felt that Dean Guitars had taken complete advantage of Abbottover the years and refused to continue a business relationship with Dean Guitars unless Dean Guitars was willing to right its wrongs.”

The complaint also claims Dean Guitars breached its endorsement agreement with Dimebag in that it “never paid the contracted amount for each full cover photo that have been printed with Abbott playing a Dean guitar, with the Dean Guitars’ logo and/or trademark prominently displayed; failed to provide the imported and domestic models for each line of Abbott endorsed guitars produced by Dean Guitars, and other guitars for personal and promotional use; fraudulently, in conjunction with Concordia and without the knowledge of Abbott, registered the trademark for Razorback and the Razorback guitar design, both of which were the sole property of Abbott, in Concordia’s name; in conjunction with Concordia, transferred the Razorback trademark, which was the sole property of Abbott, to a third party without the knowledge of Abbott; and in conjunction with Concordia, acquired the registered trade dress for the guitar design known as the Dime3 in its own name, without Abbott’s knowledge and without recognizing Abbott as a joint owner.”

Damn. If all of this is true, no wonder there’s a lawsuit pending.

Rest in peace Dimebag. We miss you.