Deftones have been dropping cryptic hints online about their new album and for those savvy enough to follow the bread crumbs eventually found a billboard in LA with the words “This is our time – we devour the days ahead” and the date September 25.

When @deftones post a cryptic ig post, you go to those directions and then you see the billboard for the new album #ThisIsOurTime #WeDevourTheDaysAhead #Deftones #Chino #ChinoMoreno #92520

In a recent Instagram chat, singer Chino Moreno said the new album will be called “Ohms”.

Speaking with Kerrang magazine, Moreno said, “I think a lot of people deal with this, but at some point if you’re unhappy, or you’re sad, lonely or angry. I had times where out of nowhere I’d be mad. As you can tell from some of the songs that I’ve written over my time, my emotions have always kind of been all over the place (laughs). A lot of times I’m not able to hold my composure and I’ll be a dick to my closest friends or family sometimes. And I’m not mad at them, I’m probably mad at myself when I know I can do better.

Apparently guitarist Stephen Carpenter was largely excluded from the production process of the new album.

“When you’ve made a lot of records with the same people, everybody has to be engaged,” Moreno said. “We’ve learned the hard way. A perfect example would be ‘Gore’, when Stef basically admitted, like, ‘I didn’t have much to do with this record.’ And that was not because we didn’t want him — my favorite ideas of Deftones songs are ones that he spearheads.” 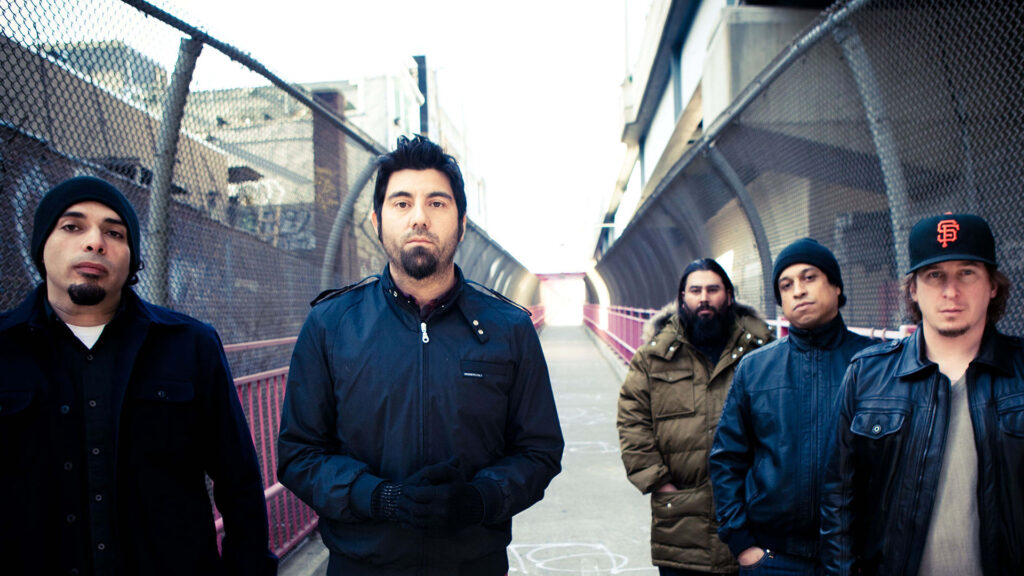 Cannot wait to hear this new Deftones album. They’ve teamed up with “White Pony” / “Around The Fur” producer Terry Date and it’s going to be magnificent.

A quick surf of Apple Music offered up this track listing:

Is Deftones the best rock band outta California? Trick question. Of course they are.