As you know, Deftones are working on a new album and singer Chino Moreno says it kind of reminds him of their ‘White Pony’ album. 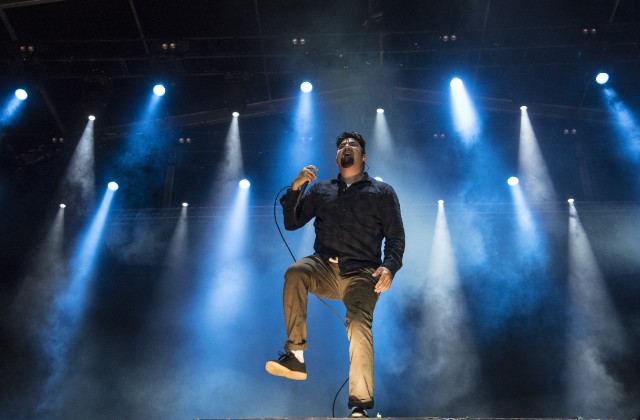 The band is hoping to have their new album released in 2019 (the follow up to 2016’s ‘Gore’). Moreno told Kerrang Magazine they’re currently in the “experimental mode” of recording it, “We’re definitely getting into experimental sort of modes, which is the funnest phase that we get into. One of the biggest records in our career is obviously White Pony, and it’s our most commercially successful record, as well, but that was also one of our most experimental records, especially for the time when it came out. That record, making it was… what’s a good word to describe it? We felt really free.”

Moreno went on to talk about how 2000’s ‘White Pony‘ album continues to influence their work, “That’s why it’s hard to answer the question about the future and what comes next. But if anything I would say that [I’m reminded of] White Pony, that record in general, because it was probably us at our most experimental,” he said.

Can’t wait to hear the new stuff!! What’s your favourite album by Deftones?