Def Leppard fans will wanna grab their soon-to-be-released career-spanning box set. Beyond their studio albums, you can expect B-sides, rarities and live cuts. The first of four installments is being released June 1, 2018!

As you might expect, Volume One will go back to the beginning of the band – and their first four studio albums – 1980’s On Through the Night, 1981’s High ‘n’ Dry, 1983’s Pyromania and 1987’s Hysteria. This set’s bonus material includes early recordings, B-sides and the Live at the LA Forum 1983 concert album.

Singer Joe Elliott issued this statement, “The way we did our harmonies was based on the multi-tracking abilities of a band like Queen, but we took what they did to the next level,” he said. “Queen maybe tripled or quadrupled their backing vocals — but we did it like 20 times! We wanted it to sound like the quality of Queen but have the size of Slade. The way we did it gave us a unique sound. And that’s the whole point of an album, really — capturing a band’s unique dynamics.” 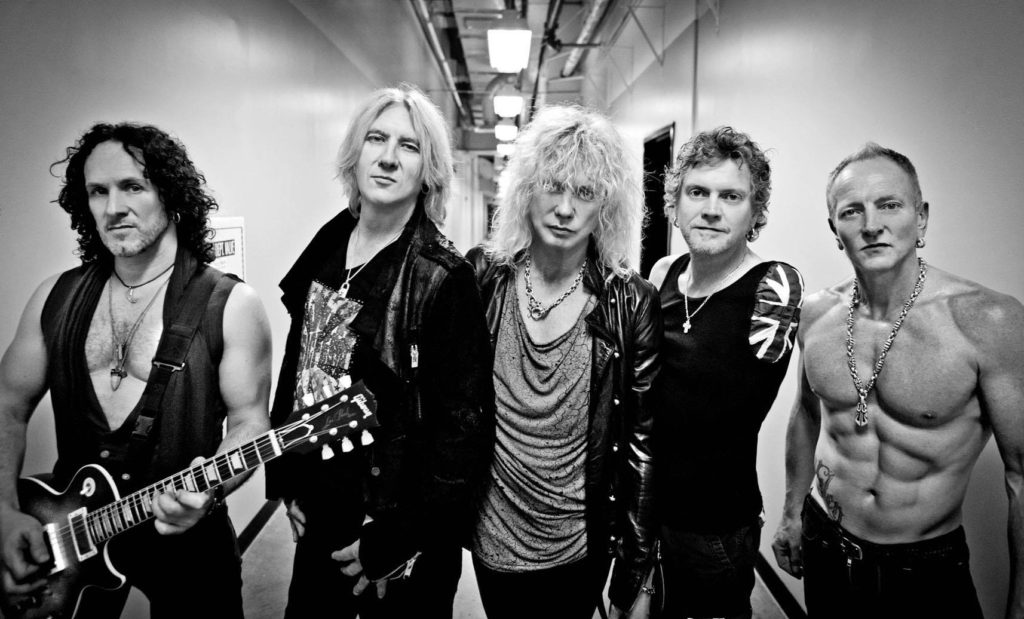 Meanwhile, Elliott was recently a guest of Kylie Olsson’s “Music And Me” Podcast and talked about the music he wanted at his funeral, “Well, I’ve already written it into my will that I want ‘Anthem’ by The Sensational Alex Harvey Band; ‘All The Young Dudes’, of course, by Mott The Hoopole; and probably ‘Rest In Peace’ by Mott The Hoople, which is an obvious choice, but it’s just a great song. I might even record my own version and get them to play me doing it. [Laughs] Yeah, just play my own funeral. It’s been overdone to play things [like] Monty Python’s ‘Always Look On The Bright Side Of Life’, because it’s been done. But I will probably throw in some ironic song that will make the ones that are sniffling burst into laughter.”