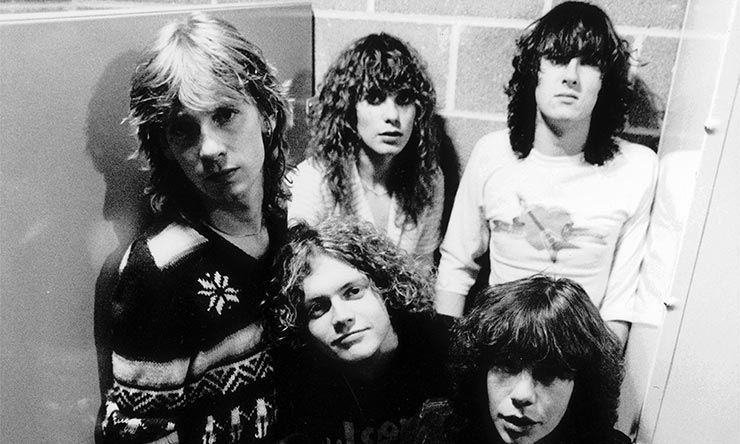 The deluxe set will have five CDs with B-sides, rarities and re-mix versions, Radio One sessions, “Live From Reading” and the first-ever appearance of an unreleased and newly mixed show from Oxford in 1980.

The album also features the Nick Tauber-produced version of “Rock Brigade”, which was originally pencilled as a single for the U.K. but was never released at the time. Check it out below!

Singer Elliott says: “Well, the fans asked, and we listened! Really excited to have our early years reworked with a load of rare material including the newly unearthed ‘Live At The Oxford New Theatre’, recorded on the 1980 U.K. tour …. It’s been a trip putting this boxset together and I hope you all enjoy listening to it as much as we did working on it!”

What has 9 arms and rocks? The upcoming Def Leppard box set!