“The Storyteller – Tales Of Life And Music” was released on October 5 and you’ll read all about Dave’s life growing up in Springfield, Virginia. He tells stories about David Bowie, Joan Jett, Iggy Pop and Paul McCartney and playing drums for Tom Petty on SNL.

As for how he decided on the stories to tell? “I could write an entire book about the band Scream. I could write an entire book about my time in Nirvana. The idea was to choose the stories that best described what it’s like to be behind the curtain and on the inside of the music, from the drum stool looking out. To play music, have this beautiful family, travel the world, meet people from all walks of life, I never take any of this for granted, believe me.” 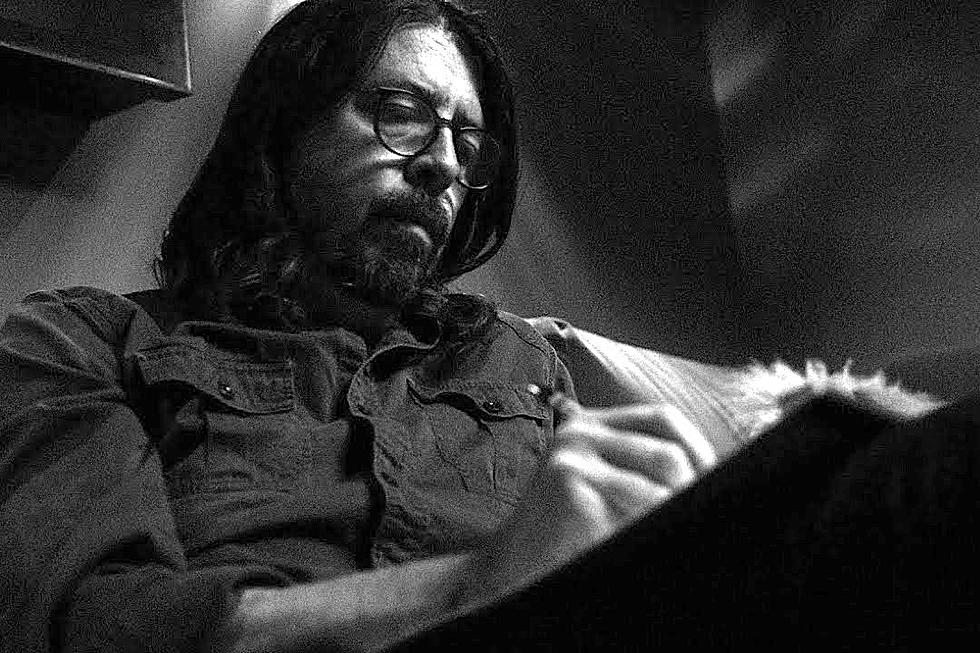 Grohl said, “There is a common thread that runs throughout everything that I do: storytelling. Whether in song, documentary film or on the page, I have always felt compelled to share moments from my life. This inclination is a huge part of what excites me creatively but also as a human being. In March 2020, realizing that my day job with the Foo Fighters was going to go on hold, I started an Instagram account (@davestruestories) and decided to focus all of my creative energy on writing some of my stories down, something I love doing but I’ve never really had the time for. I soon found that the reward I felt every time I posted a story was the same as the feeling I get when playing a song to an audience, so I kept on writing. The response from readers was a soul-filling as any applause in an arena. So, I took stock of all the experiences I’ve had in my life-incredible, difficult, funny and emotional-and decided it was time to finally put them into words.”

Grohl is one of the most talented in the music world; multiple bands, author and don’t forget the eight-part HBO docuseries “Foo Fighters: Sonic Highways”. That’s outstanding, if you haven’t checked that out.

If you’re too lazy to read the book yourself, here’s Dave reading it for you!