Courtney Love to star in movie about Menendez brothers 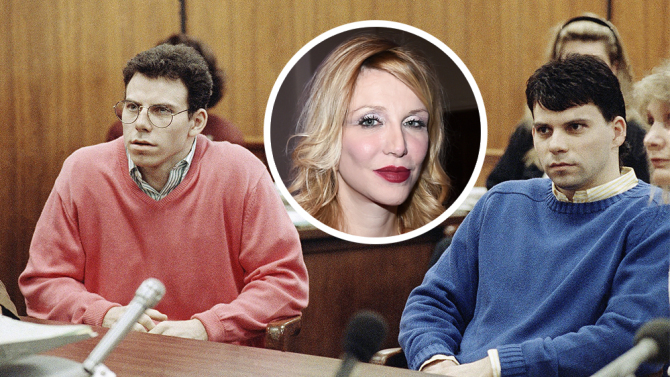 Lyle and Erik Menendez made headlines in 1994 after being convicted of killing their parents, wealthy L.A. entertainment executive Jose Menéndez and wife Kitty. Both brothers are currently serving life sentences in separate prisons for their crimes.

The brothers’ laywer argued during their trial that they had been driven to murder by years of abuse from both parents, including repeated sexual molestation by their father.

Announcing the project, Lifetime said the movie will focus on the “extreme abuse the brothers endured at their father’s hands, while their mother looked the other way”. Shooting is due to start in Vancouver this month (February).