Courtney Love Is Working On Solo Music And Her Memoir!

Courtney Love recently spoke to NME and talked about the possibility of a HOLE reunion, “Before I came [to the U.K.], I actually had Melissa [Auf Der Maur, bass] and Patty [Schemel, drums] come with our tech to this old-world rehearsal studio. We had a good session, but it takes a bit of time to get back into the rhythm of it all. It’s something I’d love to do, and [I’ve] been taking guitar lessons over Zoom during lockdown and I’m writing again, so we’ll see.” 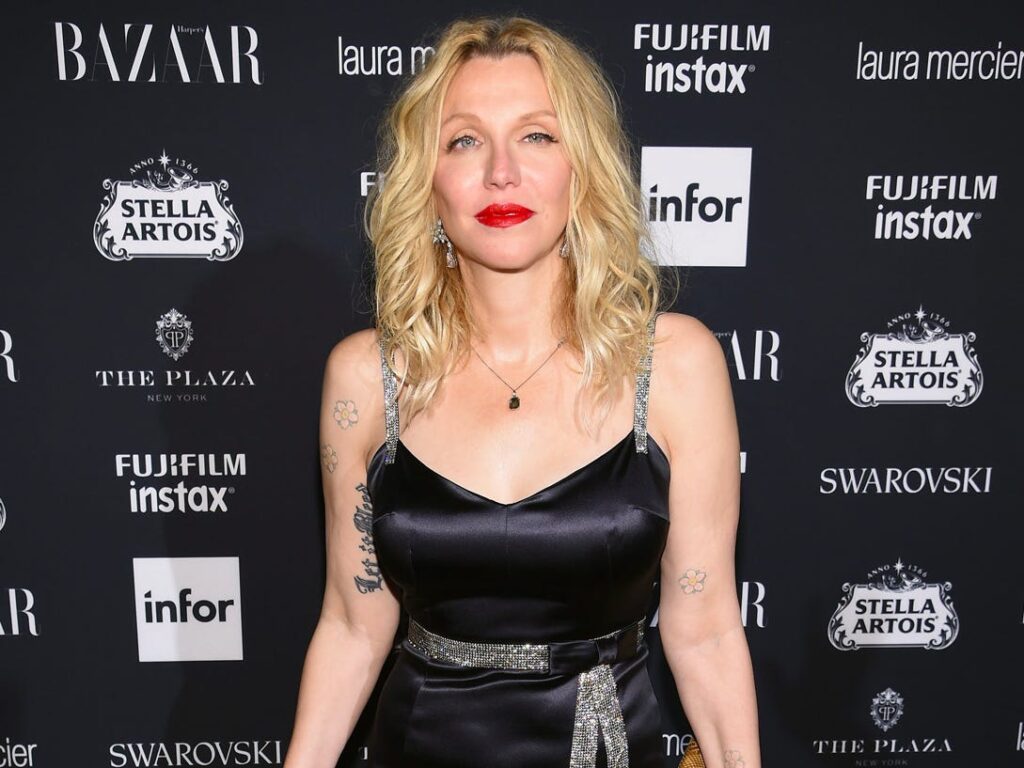 Love talked about new solo music too! “It’s early days, and I’ve recorded several new songs while I’ve been in London. I’ve also taken this time to enjoy rediscovering really good songwriters like Aimee Mann who’s from L.A. but went to Juliard and is a genius and overlooked. Frances [Bean, Courtney’s daughter] sends me playlists, which are fantastic and full of artists that I hadn’t come across before too.

“I also feel like the luckiest motherfucker in the history of rock and roll because, finally, after 26 years, myself and my family have an honest and ethical manager with great ears in Jonathan Daniel (JD) and Crush Music. We’ve been together since 2009. He started managing me in the middle of me making a self-funded [HOLE] album called ‘Nobody’s Daughter’, which had some really amazing songs that I’m so proud of. He’s been instrumental in working with me on the new material too.”

And, Love talked about the memoir, “I’ve lived here at several points in my life, and every time I left the U.K., I’d get sad,” she said. “And on top of that, you know, for a while I actually did not pick up my guitar. I stopped having the kind of relationship that you need to have with the guitar to write good guitar songs. So, I came here to focus on writing my book and my record.”

As you know, there have been rumours of a HOLE reunion since 2014 (that is, until Love shot them down). I wonder if all of this means we’re getting closer to a reunion / new album?