If you know rock music, you’ll recognize that Thin Lizzy is one of the most influential rock bands to ever walk on planet earth. Without being too dramatic, it’s hard to argue with their music; undeniably hooky, two lead guitars, and that voice. Singer / songwriter / bassist Phil Lynott is one of the best to ever do it.

And, now we know that both “Phil Lynott Songs For While I’m Away + Thin Lizzy The Boys Are Back In Town Live At The Sydney Opera House October 1978” are being released on June 24!

The film “Songs For While I’m Away” chronicles Lynott’s life and you’ll hear interview with the man, plus conversations with bandmates Midge Ure, Darren Wharton and Scott Gorham plus Adam Clayton (U2), Huey Lewis, James Hetfield (Metallica) and others!

Meanwhile, “The Boys Are Back In Town Live At The Sydney Opera House October 1978” has already been released on VHS, Laserdisc, and DVD but this release is different. Cleaned up audio & video (of course) PLUS FIVE ADDITIONAL UNRELEASED SONGS! 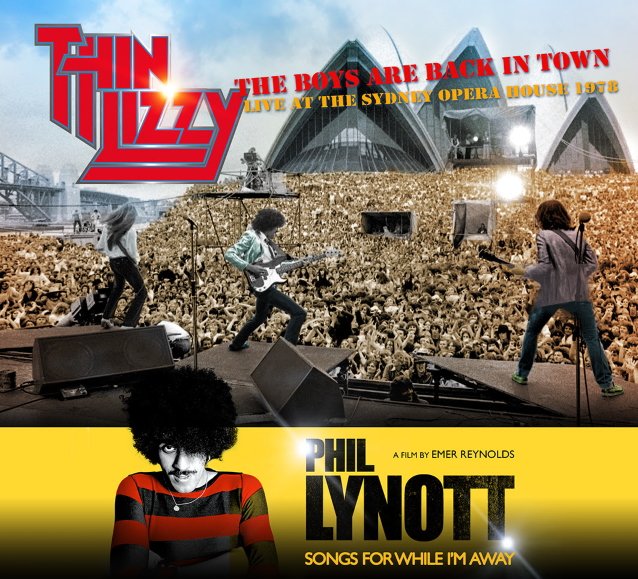 You’ll be able to grab this release on 2xDVD+CD and Blu-ray+DVD+CD (with the Phil Lynott documentary on the Blu-ray).

If Thin Lizzy isn’t the best Irish rock band of all-time, which band is? And don’t say U2, The Pogues or The Cranberries.