Queen guitarist Brian May has announced that his band is coming out with their own themed Monopoly game. 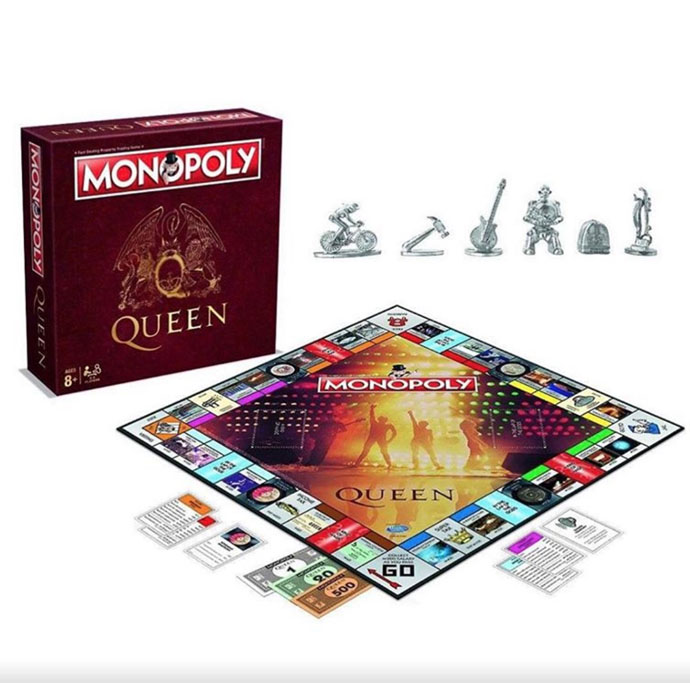 May made the announcement on his website, joined by the picture above where you can see the unique playing pieces. The pieces seem to reference famous Queen songs and albums, such as the radio (Radio Gaga) and bicycle (Bicycle Race) as well as a guitar.

On his website post May reveals that the game’s been under wraps and in the works for about a year, and likened the process to recording an album. Sounds like a lot of work went into more than just the pieces!

Instead of buying properties and putting up houses and hotels, the focus is on building staging blocks and playing gigs, while of course still watching out for taxes, bankruptcy and jail.

The game hits shelves worldwide in May. You can pre-order Monopoly : Queen Edition on Amazon now if you want to secure a copy.