ICYMI Clutch is back in a recording studio in Nashville to work on a new album!

Guitarist Tim Sult recently talked to The Advocate and said he was excited about finally working on the follow-up to 2015’s “Psychic Warfare” disc, “They’re my favorite songs. At this point, we probably have more songs than we’ve ever had before going into the studio. The material is a little heavier. It has a more doomed-out vibe and feel. We’re going to record more live. It’s our first time recording in Nashville,” he added. “Who knows? We might end up with something that sounds like a Garth Brooks album.” 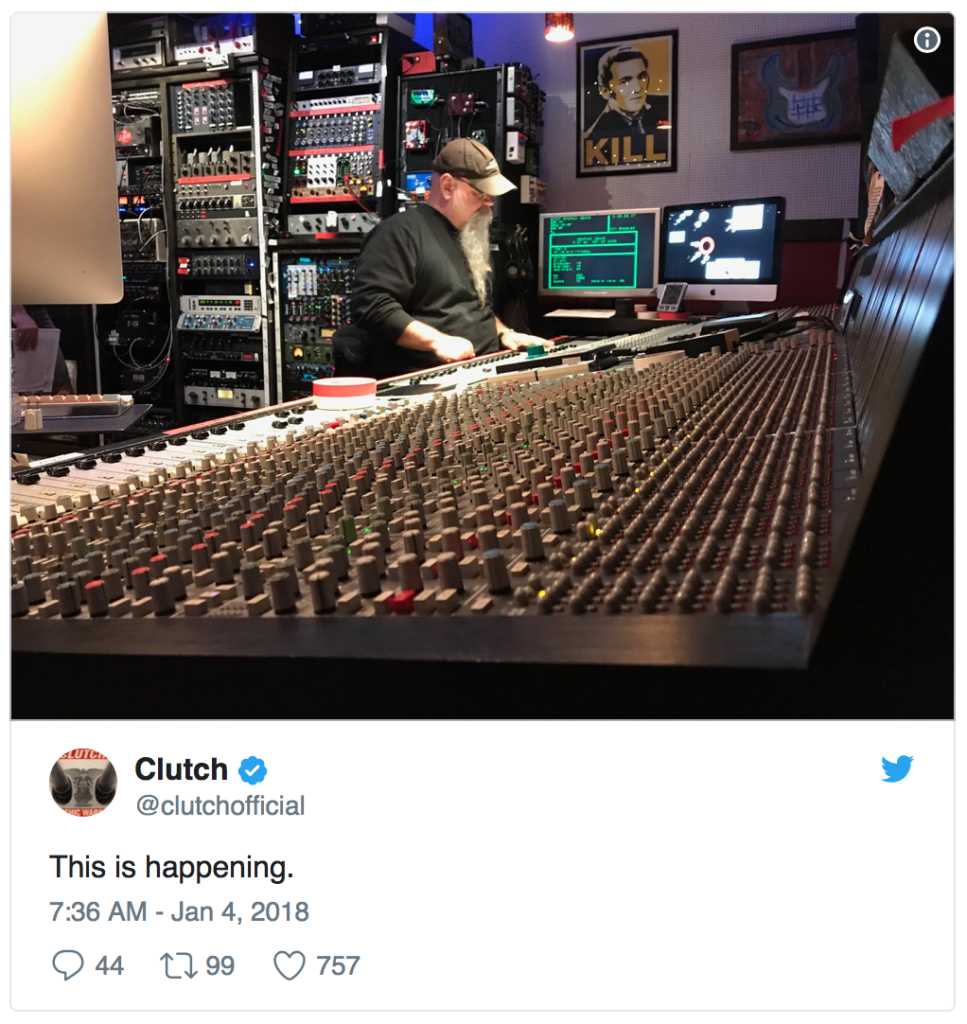 Clutch’s awesome last album “Psychic Warfare” debuted at No. 11 on The Billboard 200 chart and sold 26,000 copies. So far no talk of a release date for this new album.

* NEWS is brought to you by https://www.facebook.com/beautifulyoulaserinc/