Clutch New Album Is Done & A Livestream Is Coming

If you’ve caught any of their previous live streams, you’ll know Clutch’s fourth installment of “Live From The Doom Saloon” is a must-see! They just announced it’s happening on Friday, November 26 at 5 p.m. PST/8 p.m. EST. And the cool thing? It’s from their jam-space! Talk about a fun glimpse into the band’s world! 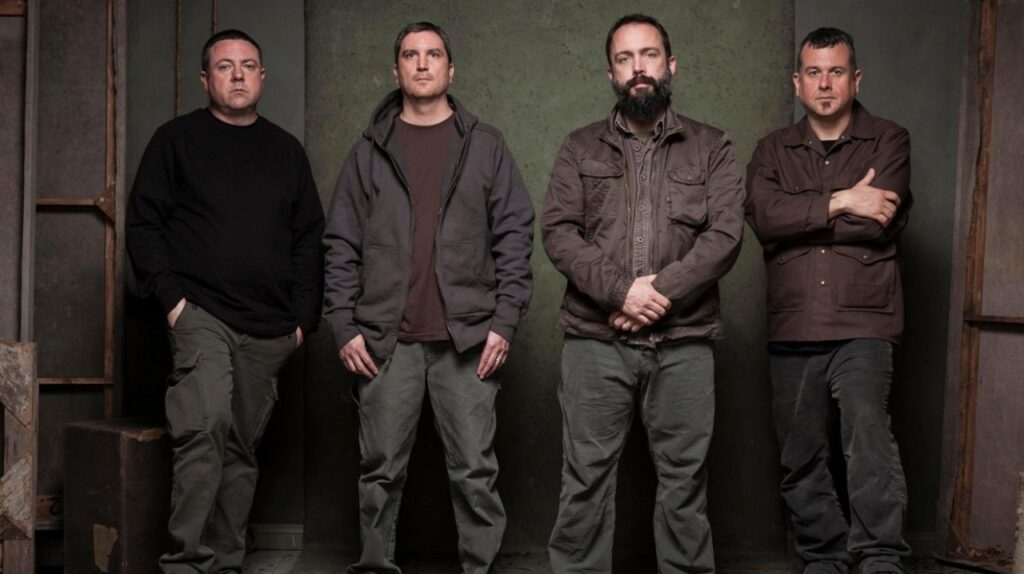 Grab a ticket and you’ll be able to re-watch the show on demand until 11:59 p.m. on Sunday, November 28. Even more reason to watch? Proceeds will benefit the Lustgarten Foundation pancreatic cancer research.

The band said, “We just wrapped up tracking our new album so we’re ready to play a show! Come hang with us on November 26 for ‘Live From The Doom Saloon Vol. 4’. We’ll stream this show live from our rehearsal pad. We’re gonna play something from every one of our albums and maybe even something brand new!”

Clutch start up the third and final leg of its “30 Years Of Rock & Roll” tour on December 27. It hits five U.S. cities, wrapping up in Cincinnati, Ohio on New Year’s Eve.
Meanwhile, remember that earlier in the year, drummer Jean-Paul Gaster told the Chicago-based webzine Metal Kaoz that the band has “written a lot of songs” for the follow-up to 2018’s “Book Of Bad Decisions” LP, “We’ve been writing now for our new album that we will record in the fall, and I think we’re spending more time than ever in the studio, just trying out different ideas. And most of the ideas don’t ever really make it to the end; we try 10 things and we keep one.

Gaster added that the new album should arrive in early 2022, “Hopefully before we start really hitting the road again. And it’ll be fun to get back out there. Man, I just miss it so much.”

Love Clutch. What other guitar-driven riff-rock bands are on your radar? Spill the beans.