If you missed Clutch’s last live-stream event, you’re in luck! They’re doing another one. “Live From The Doom Saloon Vol.III” is happening December 18th and will have 15 songs, as voted by the fans! 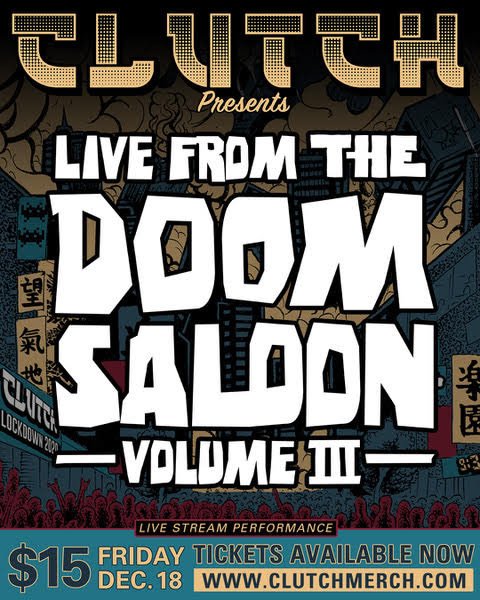 The band plans to commit show donations to benefit Save Our Stages, a charitable organization that raises money for over 3,000 independent venues in 50 states. Pretty awesome idea.

Tickets are on sale here: ClutchMerch.com.

Meanwhile, Clutch is writing songs for a new album to follow up 2018’s “Book Of Bad Decisions” album.