Chicago Blackhawks defenseman Duncan Keith was suspended 6 games on Friday (April 1) and as a result, will be forced to miss the start of the Stanley Cup playoffs. 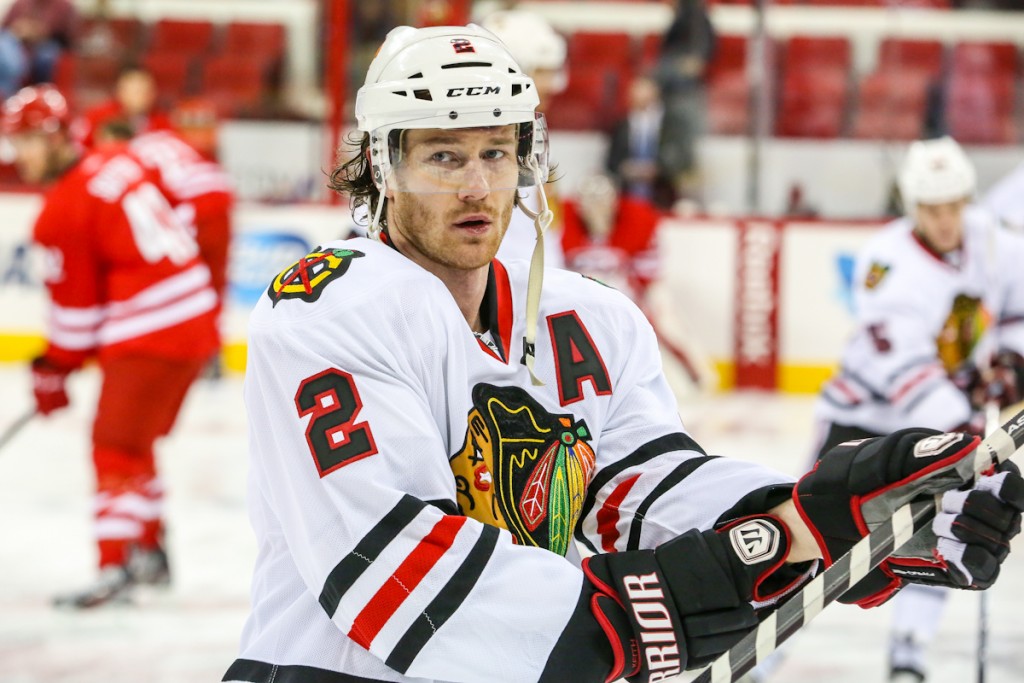 The NHL Department of Player Safety said Keith will sit out the final five regular-season games and the post-season opener for swinging his stick at Minnesota Wild forward Charlie Coyle.

Keith received a five-minute major and match penalty for intent to injure during the game. Coyle required stitches to close a cut on his nose but later returned to the ice.

Keith waived his right to a personal hearing with the league in New York and a phone interview was conducted on Friday afternoon.

Keith will not be paid during his suspension, which amounts to a loss of roughly $148,883 in earnings for a player who is not considered a repeat offender but has been disciplined before.