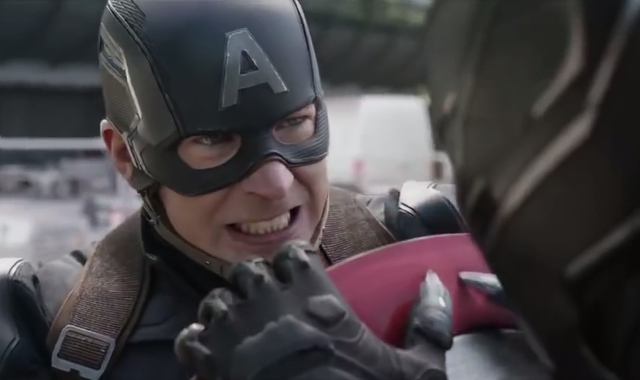 The movie opens in North American theatres May 6.

Marvel’s plot synopsis: “Captain America: Civil War picks up where Avengers: Age of Ultron left off, as Steve Rogers leads the new team of Avengers in their continued efforts to safeguard humanity.”

It was also revealed that Captain America: Civil War will be Marvel’s longest movie yet, clocking in at over 2 hours in length!