Do Justice to ‘Wonderwall’ Or Go Home

In Denmark a busker was sent home by the police because he had been playing a horrific version of’ “Wonderwall” in Aalborg, Denmark, on August 17. 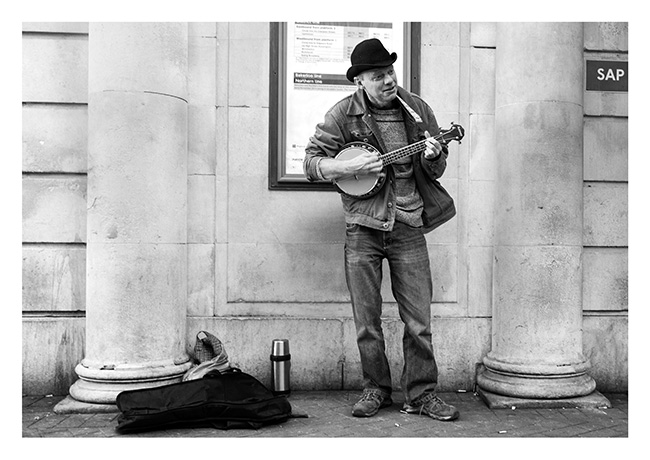 Police in the Danish town of Aalborg shut down a busker’s show after he delivered a crummy version of the Oasis classic “Wonderwall”, reports The Independent.  According to a statement on the Nordjyllands Politi website, officers found the man playing “very badly and loudly” in front of a 7/11.  “He certainly did not sound like Liam Gallagher.”

The cops didn’t just stop the busker from singing, they politely told him to practice just a little bit more before returning to the spot.  Here is a what the copper actually put in his report, “A patrol talked to the singer and sent him home to practice.  “Just because you can play ‘Wonderwall’ does not mean you should.”

In the summer we can see some pretty entertaining acts on the streets.  In most cities they are a welcome sight because it just means summer is here.  Providing a often rough soundtrack for the streets.  But, as one musician in Denmark learned the hard way, the public’s tolerance for shitty performances can land you a wrist slap from the police.

If you are considering heading out to the streets with your acoustic guitar to earn some coin, and need a little inspiration to make sure your ‘Wonderwall’ cover is on point.  Check out this post from Kevin Durran of a busker doing a simply perfect rendition of ‘Wonderwall.’