Bush singer Gavin Rossdale was recently interviewed by Australia’s ‘May The Rock Be With You’ and confirmed that he wrote new music during the pandemic, “I’ve just written 18 songs. And we start [in the studio] on Monday with a producer. [We’ll] rearrange — hopefully not too much — the stuff I’ve done. We choose the songs we’re gonna do. We either might use what I started, the tracks, or we might just try nixing them and doing it fresh. Each song will dictate that. But we go eight days [in the studio] before we come to Australia, then we do [several days] of rehearsal. And then when we come back from Australia, we’ve got a few days off and then we go back to finish it. It should be done by May.”

Rossdale said you can expect a similar vibe to the new music as 2020’s “The Kingdom”, “It’s all like that. I like that. So I’ve kept it in that vein. That was the launchpad. That was it. I was, like, ‘I’m off.’ I’ve got maybe two ballady, two softer songs, slower songs, but they’re weird. I’ve got a studio in my house now and it’s been such an amazing time. You have the tools at your fingertips now to make songs and make music. It’s just staggering. It’s so much fun.”

You’ll likely remember that Bush broke up in 2002 and then reunited in 2010. They’ve released four album since getting back together again. 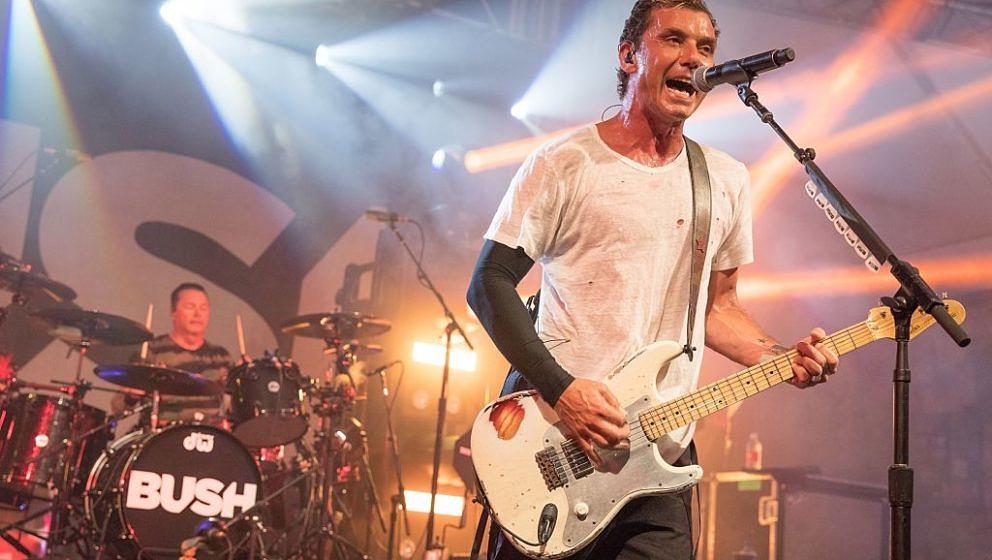 Meanwhile, Rossdale recently announced that he’s going to host a cooking show called “E.A.T. With Gavin Rossdale”. As you might expect, there will be a who’s who of guests. All guest will go to Gavin’s home in the Hollywood Hills and eat dishes he prepared himself.

Rossdale said, “This show is about connecting more deeply with them, hearing their stories, walking in their shoes. It’s hard to be surprised anymore, but the simplest surprises are the human revelations that occur over food and drink.”

And as if he’s not busy enough with writing music and hosting a new cooking show, Bush is about to embark on the “Under The Southern Stars” tour of Australia with Cheap Trick, Stone Temple Pilots, Rose Tattoo, Electric Mary and Black Rebel Motorcycle Club.

Wow. That’s quite the tour!