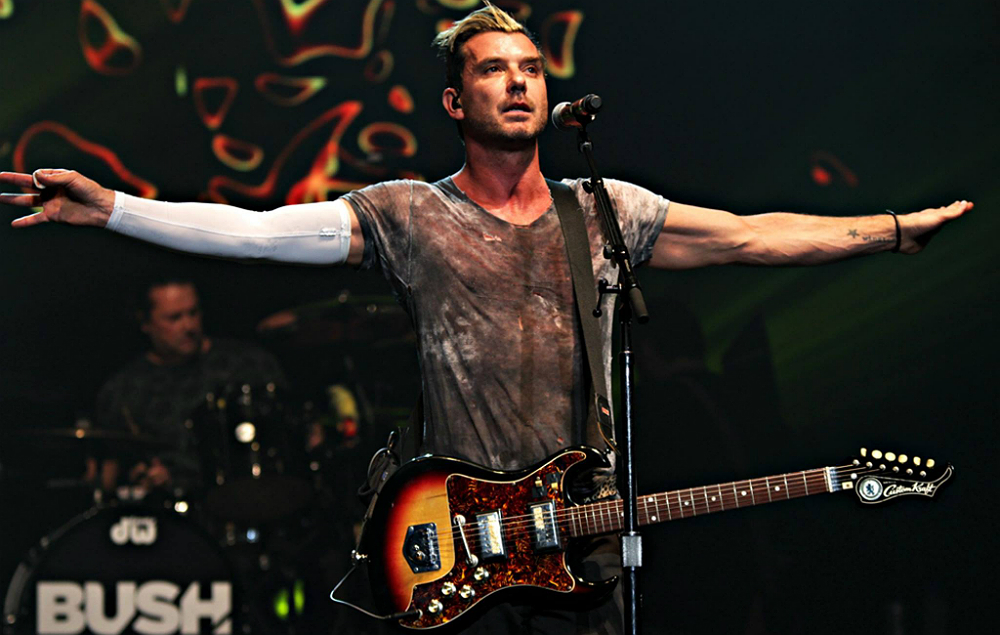 Rossdale said, “I just came from the studio now. And I sang 11 songs in. And it’s just deep and wide and heavy like the ocean.” He describes the sessions with Bates as “amazing and liberating. It’s exciting. It sounds amazing.”

Bush are touring with Live this spring and hope to have a single released before then. The tour starts June 6 and wraps up September 8.

Rossdale thought of doing a tour where the band would play all of their “Sixteen Stone” album, but said, “I’ve never liked when people do that, because that just felt like you build your own box. Why are you building a box? You’re like building a house with no door. I don’t like that. I like having big windows. I like the future. I like the moment. I’m happy with the past, and I’m going to play these songs because I lived them, but I’m going to sing them about tonight.”

Are you excited about a new album from Bush?