Buckcherry singer Josh Todd was recently a guest of Waterloo, Iowa’s Rock 108 and told host Ned that the band has been using their COVID downtime to write 27 songs for a new 10-song album!

Todd said, “We had to do a lot of gear shifting, like everybody. We’ve done already over a handful of shows this year, but it’s not enough when this is your livelihood. So it’s been challenging — I can’t say that it’s been easy — but we shifted gears into making a new record, because, basically, this year was a wash; we were going to be touring a lot this year. The good news is we made a really great new Buckcherry record. After we do these three shows [this month], we go in end of October. We’re flying to Nashville — we’re gonna do it in Nashville. And then we’ll be done with that. And then it all is a waiting game until we figure out, after the elections and what’s going on, what’s gonna happen with live entertainment. But once we figure that all out, we have a great new record, and we’ll be touring all next year, hopefully.”

As for when you’ll be able to hear the album, “That’s the big question. It has a lot to do about us getting out there to promote it. We don’t wanna drop a record and not be able to get onstage and start playing. So it all depends. I’m thinking maybe early summer release, possibly. But you never know what’s gonna happen.” 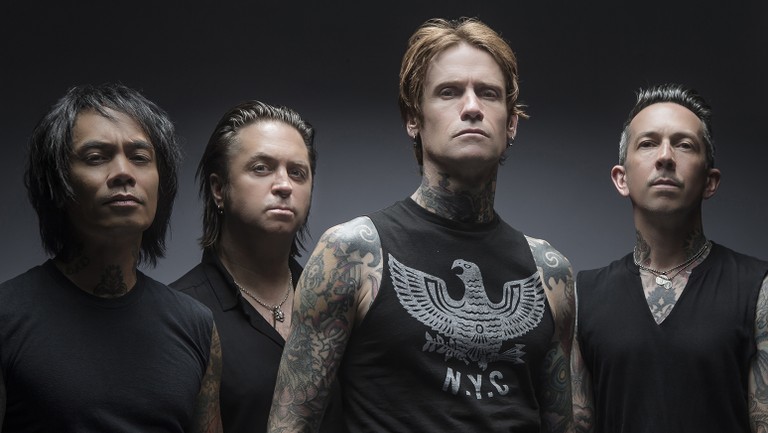 If you hadn’t heard, this past summer the band brought in Jetboy’s Billy Rowe as their new guitarist, after Kevin Roentgen left in July ’20.