Buckcherry Releases The First In A Series Of Acoustic EPs!

While their next studio album isn’t out til the fall, you can now stream and grab digital-only music from Buckcherry! They’re calling it “Acoustic Sessions” and they’ll be released periodically and will feature two songs from their back-catalogue, stripped down to guitar/vocals. Some might call this a cash-grab but I personally love this idea! 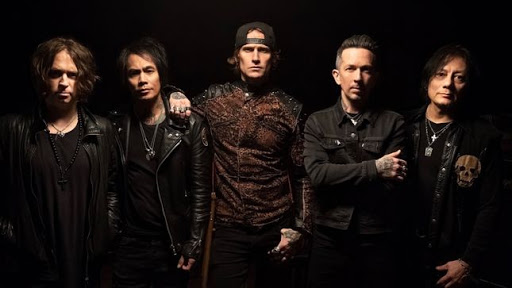 “Acoustic Sessions Vol. 1” is available now and features two songs from their album “15” — “Sorry” and “Carousel”.

Buckcherry singer Josh Todd was recently interviewed by American Songwriter and talked about the process of recording acoustic versions of their songs, “After you’ve heard the song one way for a long time and when it’s stripped down, it’s very fun to listen to. And a lot of songs start like that. So it’s always cool to get back to that and do it organically like that.”

Todd said they haven’t ruled out playing select acoustic shows while on tour, “We’re trying to figure all that out.”

Here are the dates for Buckcherry’s upcoming tour:

Which other bands would you like to see release acoustic albums?