Iron Maiden singer Bruce Dickinson made a video to tell fans about their their upcoming album, “Senjutsu”. As you can see, the band’s been wanting to talk about it “for ages”.

Here’s what Dickinson means about wanting to share the news ‘for ages’ … the follow up to 2015’s “The Book Of Souls” album was actually recorded in 2019! They released the first single “The Writing On The Wall” earlier this month, just prior to announcing the album.

Dickinson said, ‘Really, you cannot imagine how long we’ve wanted to tell people about the album. We’ve all been, like, [bites hand in frustration], like this for ages. So, it’s amazing that the news of it is out. It’s also a great opportunity, ’cause I’m doing these one-man shows, and I can actually talk about it. Actually, you can ask me questions about it, and I can talk about it. You never know, we might even take the opportunity, ’cause we’re gonna have a big screen and a big sound system and there’s an amazing video with some really cool stuff, which, of course, you know about. But oh my God, on a big screen. See the video on a big screen. We could talk about the video. We could play the video. Oooooh, there’s an idea.”

“Senjutsu” will be released on September 3rd and was recorded in Paris with producer Kevin Shirley and co-produced by bassist Steve Harris.

Dickinson hinted a new music during the band’s summer 2019 tour, saying to a crowd at their Oakland, California concert, “New Iron Maiden songs — sooner than you think.” 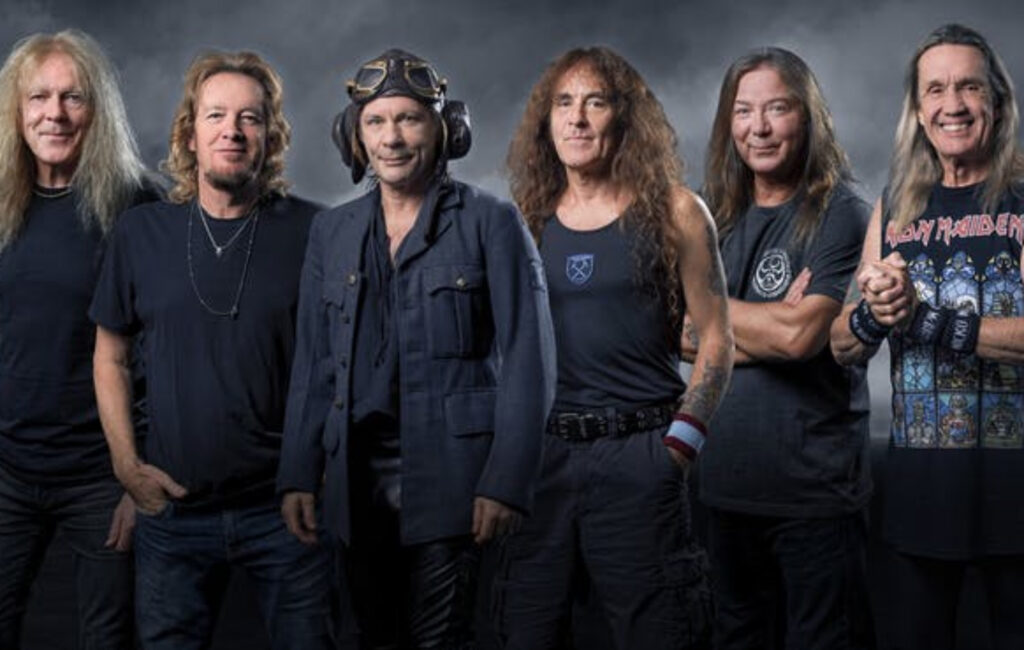 All puzzles come in a vinyl-box-set-sized box.

Exciting news, more so the album, but the jigsaw puzzles are pretty cool, too.