Not everyone knows how to react to the new President Of The United States Of America. Some comedians see a wealth of material to work with (a la Alec Baldwin) and some have decided that the whole thing is just too ridiculous, like the creators of South Park did. But one of comedy’s greatest (and screwiest) voices has just pulled himself from the sideline – Mel Brooks. 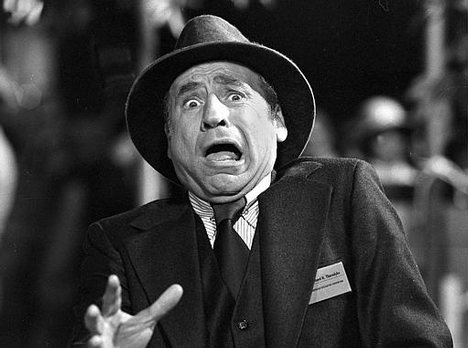 The legendary comedy director recently spoke to the Guardian for an in-depth profile on Brooks film career. The conversation at one point turned to politics, and Brooks was not shy on his opinion on the American system as it is.

“Trump doesn’t scare me. He’s a song-and-dance man. (Mike) Pence and (Steve) Bannon, those guys make me nervous. We are not talking about Athenian democracy here.”

Although Brooks himself didn’t make the comparison it should be said that his films are proving to be surprisingly relevant. One of his most well-known, The Producers, centered around two men who purposefully try to write the worst play imaginable so it will intentionally flop. The play turns out to be an absolute hit and the producers must ride out the fame (which is curiously similar to a man running for the highest elected position in the US with no experience and not expecting to win, and then winning.)

Buried within the in-depth profile is also a tease for some future work from Brooks. As the reporter asks Brooks which movie he’d prefer to make if Netflix or Amazon provided the budget, there was no hesitation in his answer – “Spaceballs 2.”