One of the stars of the forthcoming Book Of Boba Fett has compared the Mandalorian spin-off series to The Godfather. Settle down. It can’t be that good, right?

As you might imagine, the new series is based around, who else – bounty hunter Boba Fett (Temuera Morrison) and mercenary Fennec Shand (Ming-Na Wen) and their travels through the galaxy’s underworld. They eventually make their way to the territory once ruled by Jabba the Hutt and try to claim it as their own.

Wen said in a recent interview that the spin-off is “more like a take on gangster movies. I feel like they are bonded because both of them had near-death experiences. They’re both bounty hunters, and they do adhere to a certain level of respect and honor. He saved her, and there’s a debt to be paid, and bounty hunters honor that debt.” 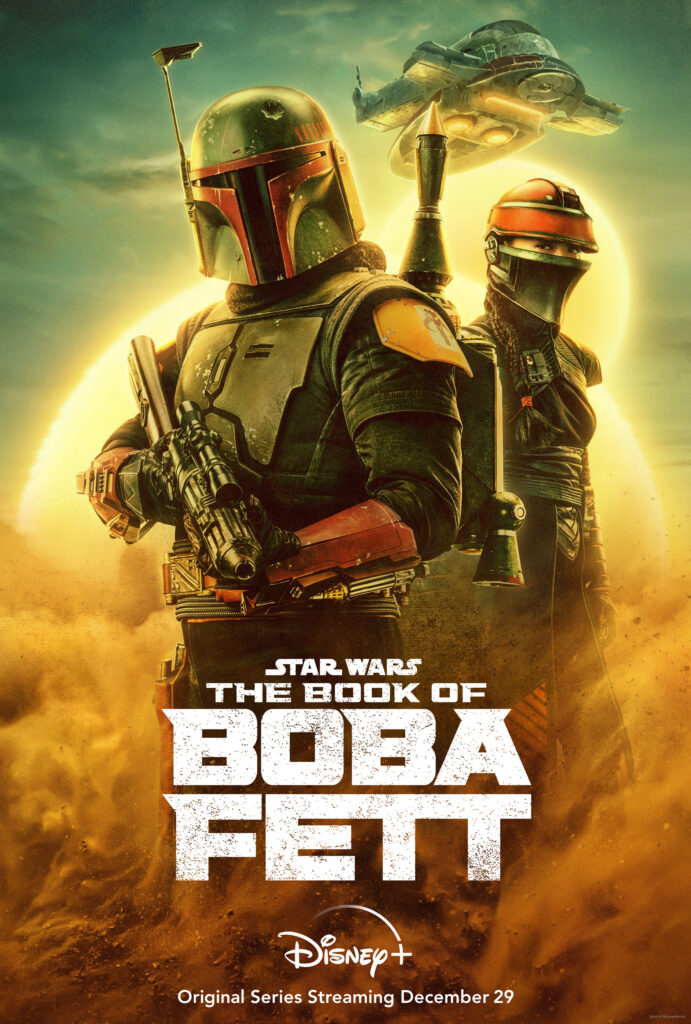 Show creator Jon Favreau said, “Jabba was clearly a very strong and imposing leader, who people were very scared of, and who seemed to rule with an iron fist. You pull somebody like that out of the ecosystem of Tatooine – and Hutt Space in general – and you have the opportunity that’s ripe in the gangster genre.”

You can expect The Book Of Boba Fett on Disney+ on December 29 ’21!

Which other Star Wars characters would you like to see have their own series? Lando Calrissian? The Sand People? Princess Leia?