U2 singer Bono was recently the recipient of the first ever George W. Bush medal for Distinguished Leadership. 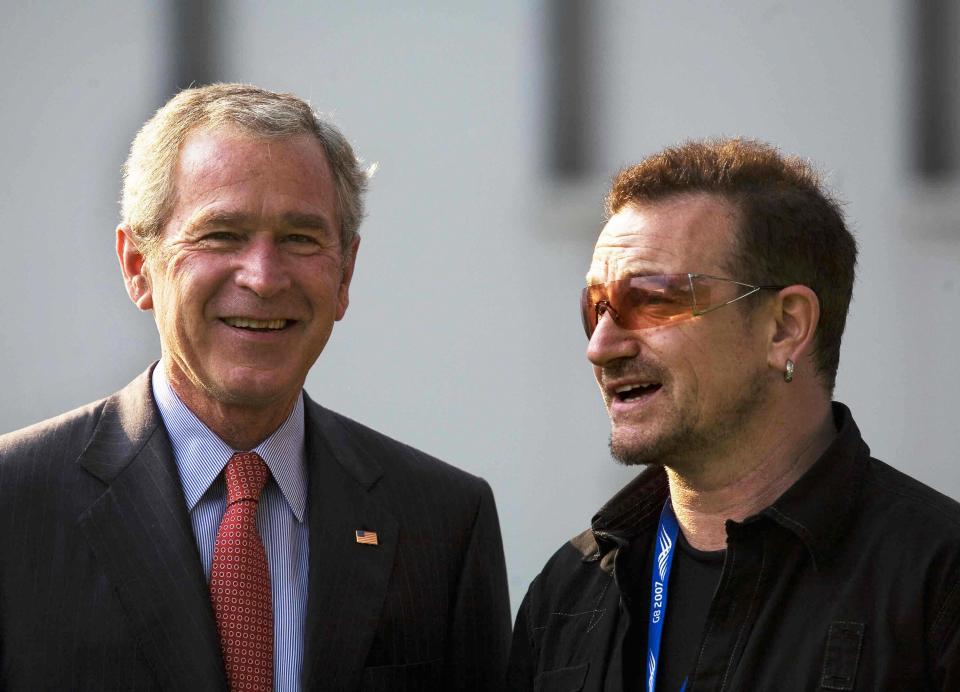 Bush awarded Bono with the medal, spotlighting his humanitarian work against poverty and preventable diseases like HIV/AIDS.

Bono said Americans must be “very hard-headed” about arguing for saving lives.

“It’s a huge honour to [win] this award, and I’m here to honour your leadership on the greatest health intervention in the history of medicine,” Bono added.

“That’s what I’m not sure people understand: 13 million from PEPFAR [President’s Emergency Plan for AIDS Relief], and if you add the Global Relief Fund, it’s probably been 21 million lives have been saved by this work that you began and led and I’m here to honor that.”

Not to dummy down this medal – but who decides who is ‘allowed’ to create such an honour? Surely there’s others worthy besides U2’s singer?