Blink 182 drummer Travis Barker has confirmed they’re done recording their new album and said they’ll release a single the next two months and announcing a summer tour within six weeks.

Barker says they scrapped all sixteen tracks they’d previously written to create “the best material we’ve written or put out in years”. Found member, Tom DeLonge quit the band back in 2015.

During an interview at Musink Music Festival in LA Barker said: “We never worked with a producer outside of Jerry Finn, so when we got in to record this album, I somehow got back in touch with John and then he was like ‘man, he gotta catch up and have lunch or dinner’, and then we did, and then I was like ‘you should be working on the Blink album’, and literally the next day we were in the studio, and it has been a crazy three and a half or four weeks.” 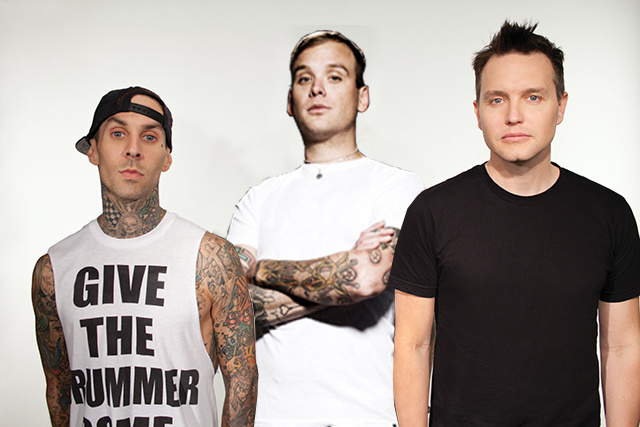 Barker also talked about long studio hours to get the record ready: “We’ve been working probably 15-20 hour days, it’s been a lot of time in the studio. I was literally at his [John Fieldmann’s] house until 2 or 3am before the Grammys, I was recording Blink tracks.”

This is the first Blink album with Alkaline Trio’s Matt Skiba on guitar and vocals and Barker said he really helped with the creative process, “It was great to have someone who wants to be in the studio all the time with us. It has been amazing. I think the days of making great records, at least with Blink, the proof has been shown that it’s great when we’re all in the studio together.”

Are you excited to hear the new album?