Black Stone Cherry is doing a global livestream called “No Ceiling: Celebrating 20 Years Of Black Stone Cherry” at Nashville’s The Skydeck! And you won’t believe this – Halestorm singer Lzzy Hale will conduct an in-studio question-and-answer session! Plus, a never-before-seen acoustic performance with Hale will premiere at the event!

European fans will have the honour of the world premiere, as it goes live in Europe at 8 p.m. GMT. After the first day of airing, the event will remain available as video on demand through December 11 at 11:59 p.m. PST.

Black Stone Cherry says, “On a very chilly night in early April when most people would want to be inside enjoying their drinks, we opted to play on a rooftop in downtown Nashville, Tennessee! With quite literally no ceiling above us, we teamed up with StagePilot to bring you this memorable show, plus some incredible bonus content including interviews with the band and our friend Jared James Nichols, acoustic performances, and a very special Q&A on how the band got started and where we’re headed, hosted by our dear friend Lzzy Hale! A celebration of Black Stone Cherry that we know any Cherry Head will absolutely love!”

Lzzy Hale says, “It was an honor to celebrate Black Stone Cherry’s twentieth anniversary with the boys! I had a blast taking them down memory lane, and, of course, getting to perform a special acoustic version of ‘Peace Is Free’ with them. It’s been a pleasure to call these talented men family! Here’s to the next two decades!” 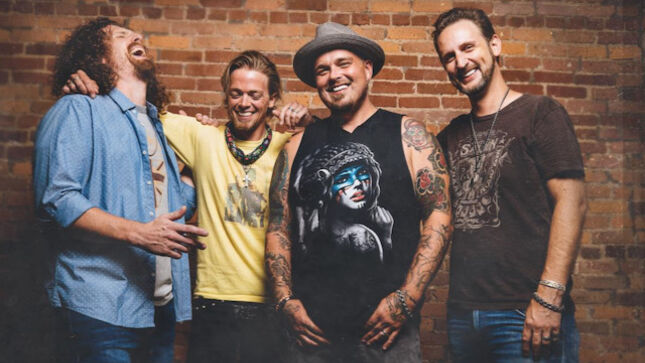 Meanwhile, last month, BSC  drummer John Fred Young talked to Loud TV about the following up 2020’s “The Human Condition” album, “We started working on the new record this summer. And we’ve got about… I think there’s about eight songs right now that we had done, and we’re gonna go back in in December and finish up the rest. So [it’s] a really, really cool situation. We’ve got our own theatre back in Glasgow, Kentucky, where Ben [Wells, guitar] lives. We do our home shows there; we do it every two years at Christmas. So we recorded the drums in this big, beautiful theater. And they just sound incredible; even with me playing, they sound incredible. And we’re going to my house to do vocals and guitars. So, [it’s] really cool, man. I think people will really love the songs and the playing.”

Tickets are only $10 USD for Black Stone Cherry’s livestream! Do you think we’ll start seeing more and more of this type of ‘concert’ from bands in the years to come?