BILL WARD’s DAY OF ERRORS To Record This Month!

Did you know that Black Sabbath drummer Bill Ward is in a band called Day of Errors? And word is they’re going into a recording studio this month to record new music! 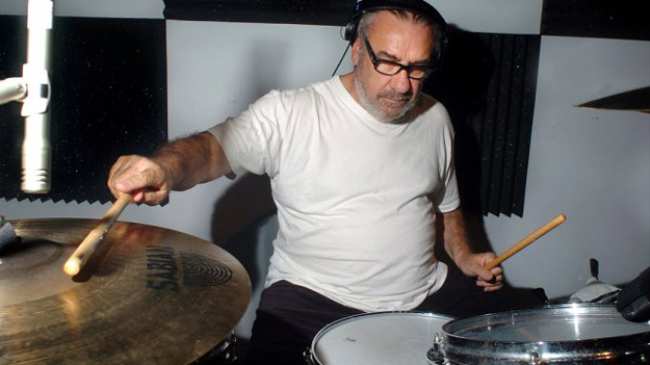 The band also features Joe Amodea on guitar/vocals and Kill Devil Hill singer Jason Bragg. Bragg dropped the news that they were heading into the studio at last month’s “Rock Against MS” benefit concert in LA.

“I know that we’re going in the studio [next] month to record some more. I believe there will be music to download and/or purchase. Tour, I don’t think that’s gonna happen. But there will be some music coming out soon.”

Bragg went on to say, “Honestly, Bill is a phenomenal songwriter — singer and songwriter. He’s written all the lyrics, all the melodies, all the music, all the guitar parts, obviously, the drum parts… It’s an inspiration to see someone that you’ve listened to your whole life, and then you get to actually stand in a room with the guy and watch him perform and write and produce. It’s amazing. I’m very blessed and happy to have that opportunity to do that with him. Especially one of the members of Black Sabbath. I mean, that’s like hanging out with one of the dudes from Led Zeppelin, man. Give me a break. It’s awesome.”

Day of Errors put out a couple songs in November 2017, “Day Of Errors” and “Blaspheming At Creation”.

The band’s live debut was June 2016 at Gaslamp in Long Beach, California.

What do you think of the music Day of Errors is putting out? Are you a fan?