Beck is eye’ing a Spring release for his forthcoming new album! 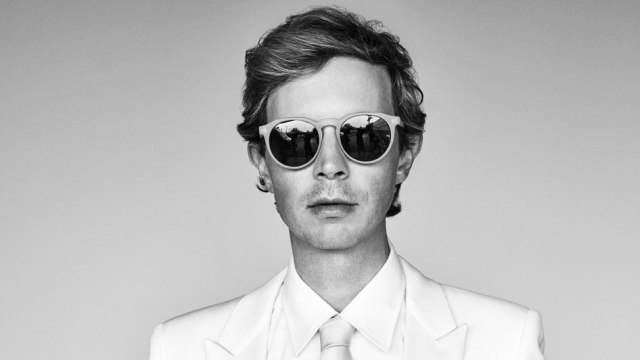 This will be Beck’s 10th album and follows up his Grammy-winning album “Morning Phase”.

We’ve been waiting for quite some time for this album… it was originally scheduled to be released in summer 2015. And then was pushed back to a November 2016 release.

Beck recently did an interview with The New York Times’ T Magazine and said his new album will have 10 songs that are “simple and uplifting and galvanising, where the spirit moves you, that kind of feeling. Those are the hardest. This new record I focused on that feeling. It’s the easiest to fail at. Or to come off on one hand disingenuous, or on the other hand just trite, or, you know, there’s that fine line between platitude and just the truth. And that fine line between making a big commotion and a bunch of movement and just actual unadulterated joy.”

He continued: “It’s much easier to go out and get really down. There’s a multitude of things that will oblige you in misery in the culture and there’s only so many that will produce true happiness. It’s like comedy. Comedy is harder in that only certain things are going to make you laugh. I think it’s closer to the child nature in us, which the culture, for a lot of reasons, will discourage or crush. Or you mature out of it in other ways. I see it with kids. There’s that age where if you let that personal joyous side of yourself out, it’s almost more vulnerable than being emotionally vulnerable, like if you’re going through something difficult. It’s not the most clever, sophisticated part of you, but it is the most joyous.”

Beck said the new record is inspired by The Strokes, after performing with them at Hyde Park for British Summer Time in 2015.