Graffin says, “I had two years to think about life. When COVID hit, we canceled something like two years’ worth of summer tours. And I knew I wasn’t gonna be doing much singing, so I went back and reflected on the time, really, before Bad Religion. It was a touching time; my mother just passed away at that time. And it gave me a lot of time to reflect on the influences. A lot of people think of influences as musical or traumatic, and I thought, ‘My life hasn’t been that traumatic.’ But I know that a lot of people would be interested in my musical and my cultural background. And that’s what details in the first part of the book.”

As to why he called the book “Punk Paradox”, Graffin says, “It’s really because I found myself in this paradoxical situation where punk was always characterized by anarchy and fucking shit up. And, of course, there is that element of punk. But my life, as I reflected on it, didn’t really lay out the story that way. And that was sort of paradoxical to me. And then I started thinking, there’s a little bit of analysis in there, too, about punk as a genre, and really focus on the music and the great songs of punk — which I think get short shrift in this world. People like to focus on the cultural attributes of punk, and they don’t focus on the great songs, which, to me, that’s a great shortcoming of how it’s characterized.” 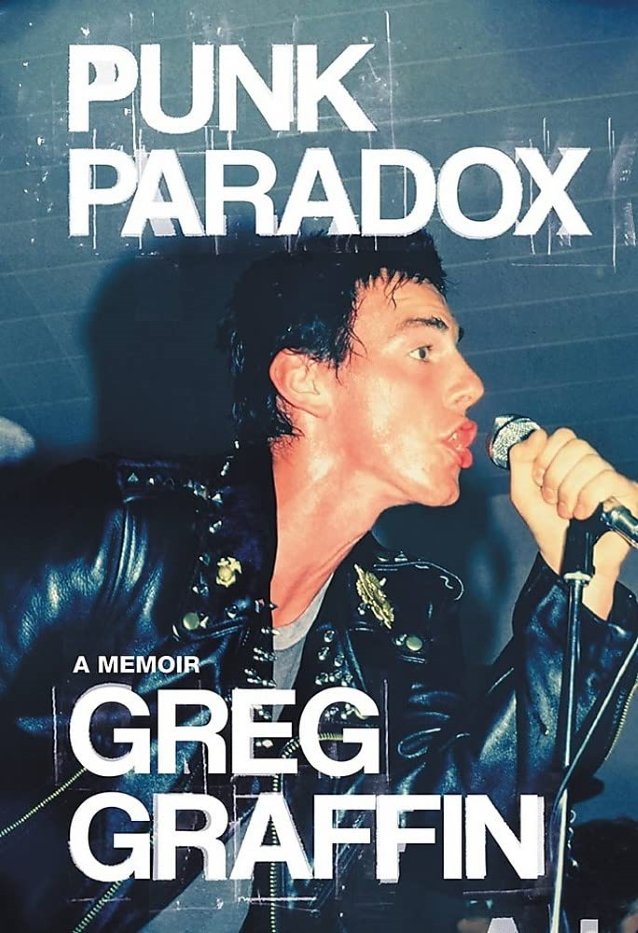 “Punk Paradox: A Memoir” official synopsis (in part) says the book is “Graffin’s life narrative before and during L.A. punk’s early years, detailing his observations on the genre’s explosive growth and his band’s steady rise in importance. The book begins by exploring Graffin’s Midwestern roots and his life-changing move to Southern California in the mid-’70s. Swept up into the burgeoning punk scene in the exhilarating and often violent streets of Los Angeles, Graffin and his friends formed Bad Religion, built a fanbase, and became a touring institution. All these activities took place in parallel with Graffin’s never-ceasing quest for intellectual enlightenment. Despite the demands of global tours, recording sessions, and dedication to songwriting, the author also balanced a budding academic career. In so doing, he managed to reconcile an improbable double life as an iconic punk rock frontman and University Lecturer in evolution.”