Guns N’ Roses singer Axl Rose took the stage Saturday, May 7 for his first concert singing for AC/DC (at Passeio Maritimo de Algés in Lisbon, Portugal). Watch the show below. 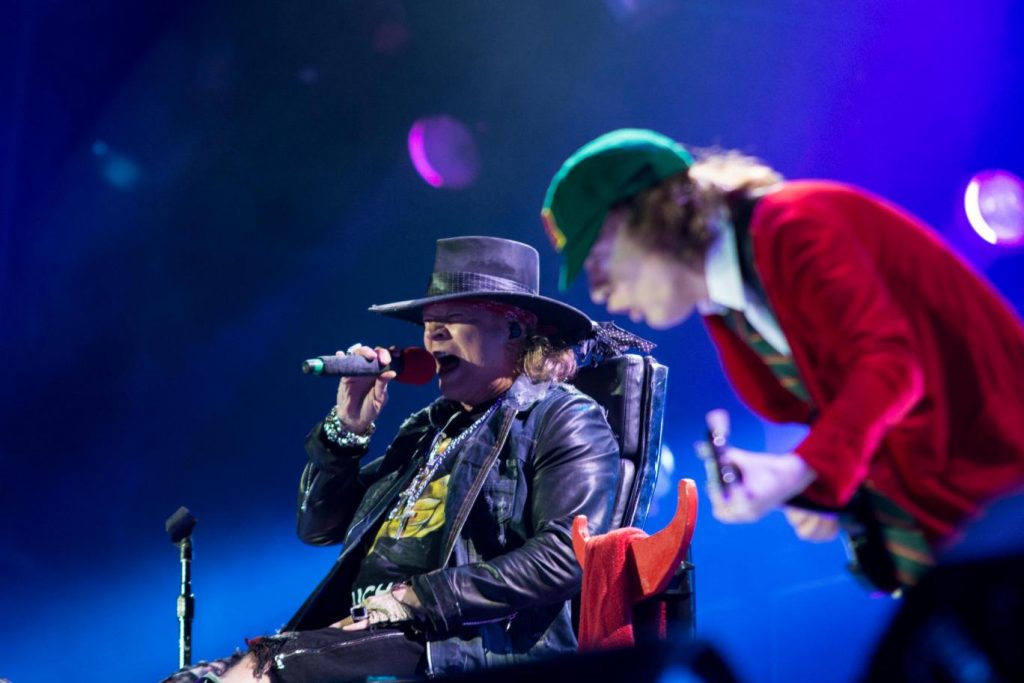 Rose has joined the band for 12 European shows and ten North American concerts after AC/DC singer Brian Johnson was forced off tour by hearing loss.

During an interview with BBC 6 Music’s Matt Everitt, Rose stated about his plans with AC/DC after the European shows: “There’s makeup dates in the States, and if I don’t get thrown out before then, I’m looking forward to doing [them]. I think after that, it’s about what they wanna do. I’m in if they want me in, and we’ll sort it out, but right now that’s getting ahead of ourselves with everything else that’s on the table.”

AC/DC guitarist Angus Young told NME the band had to act quickly when they found out Johnson wouldn’t be able to finish the tour. “It was a crisis that came then,” he said. “We were in Miami at the time, when all of this came up, and unfortunately, when you’re in that situation, you’ve got to make decisions pretty quick, because there are a lot of people waiting. We were supposed to actually play in Atlanta, so you’re kind of going, ‘What do we do now?’ Because of the nature of Brian’s deafness, we knew that there was no easy fix. So you’ve got to then say, ‘What do we do here?’ The options were very limited, and you think, if we just stop with all of this machinery, it’s going to be a hell of a lot of legal entanglement.”

Angus also talked about a possible AC/DC future with Brian Johnson. He said: “[Brian] has to be very careful of what hearing he’s got left. This is what he told us. He was gutted about not finishing [the tour], because he says he would have loved to have gotten through. It was his call, what he wanted. He made that decision himself. He didn’t want to be deaf. And I perfectly understand that; when you stop doing this, you want to walk away with all your pieces! I don’t even want to leave without my fingernail!”