Arctic Monkeys are focused on their Next Record

Some good news, some bad news for Arctic Monkeys fans. This weekend’s Estéro Picnic 2019 in Colombia (April 7) was their last scheduled show. Which means, no more shows – but you can expect them to get to work on writing/recording a new album!

Check out what the band’s drum tech, Davey Latter, posted on Instagram: 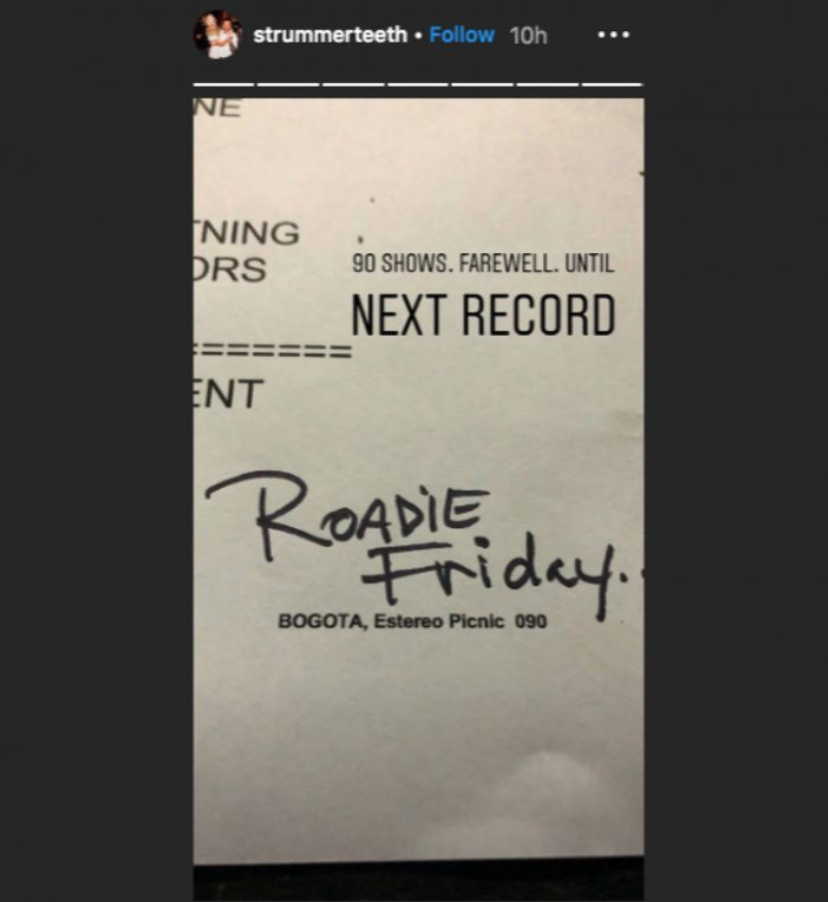 Their drummer Matt Helders said it won’t be another five year wait between new albums. “I don’t think so. I think that break was based on various circumstances and that was sort of what we needed at the time. But it’s not a pattern we’re going to get used to as a band. We like being in the studio. We’re keen on making albums.”

Where do you stack Arctic Monkeys in today’s rock pyramid?