Anthrax Is Working On New Album!

You gotta listen to this 27 minute interview with Anthrax guitarist Scott Ian with Knotfest.com’s Terry “Beez” Bezer! Among other things, they talk about recording the follow up to the band’s 2016 album “For All Kings”!

Ian says, “We started writing new Anthrax last year — obviously, without a crystal ball knowing what was going to happen in the world, but with the intent of having a record out this year. Obviously, that’s not happening now. So we’re still writing — we’re still working on it. The COVID has obviously put a crimp in our plans, because we can’t just get together and jam when we want to, and traveling has become not so easy, and all of that. So we’ve just been, slowly but surely, working on new material. And if anything, it just affords us more time to come up with more stuff.” 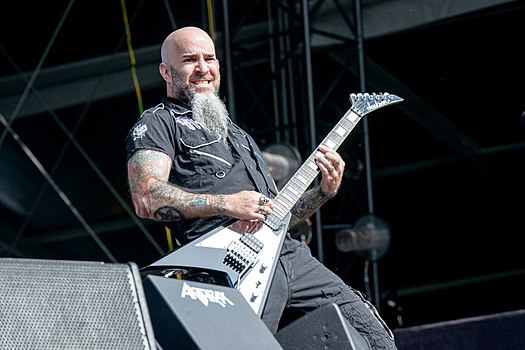 “We can’t wait to play shows again. That’s all I wanna do. This is the longest, I think, we’ve ever not played a show. Our last Anthrax show was November 15th of last year.”

As you know, Anthrax is part of the “Big Four”. If they were to make it the “Big Five”, which band you would put as the fifth?