ANNOUNCEMENT COMING FROM RAGE AGAINST THE MACHINE

Is Rage Against The Machine about to tour or record new music? That’s what fans are starting to speculate – as the band has started posting online teasers. 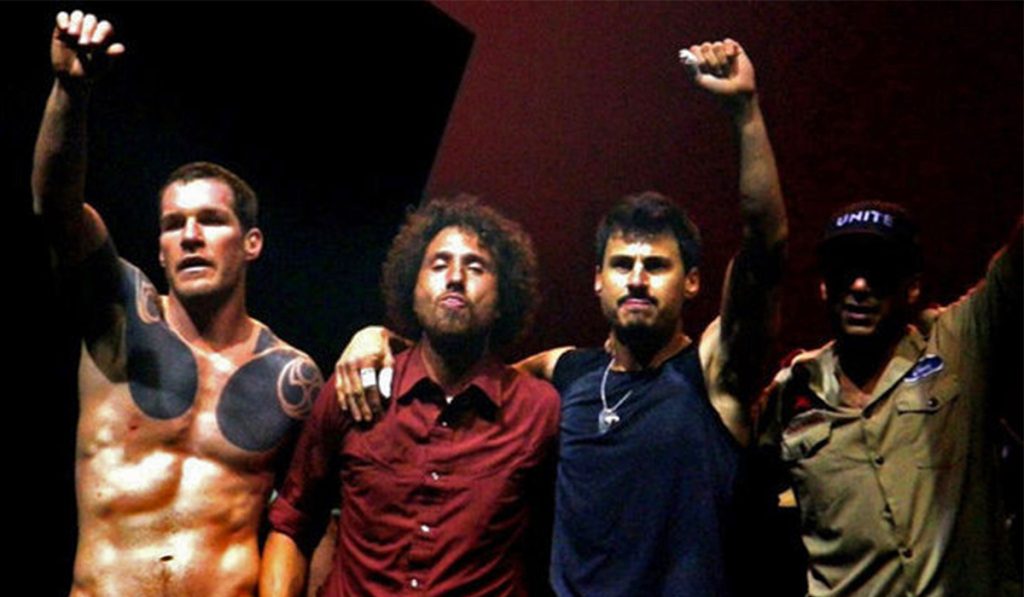 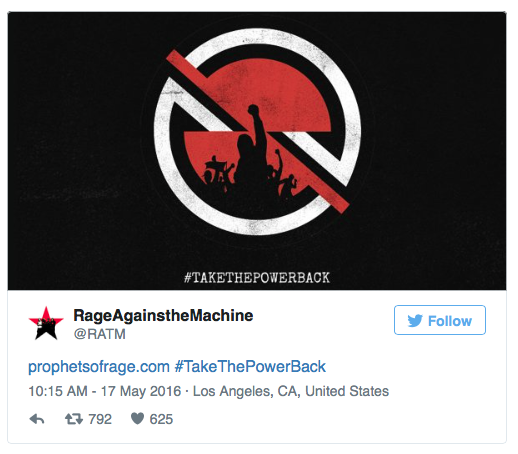 The online teasers come in the form of #TakeThePowerBack. ‘Prophets Of Rage’ is of course, a Public Enemy song. Public Enemy’s Chuck D has recently been posting Rage songs on Twitter, leading to rumours they’ll soon be touring together. 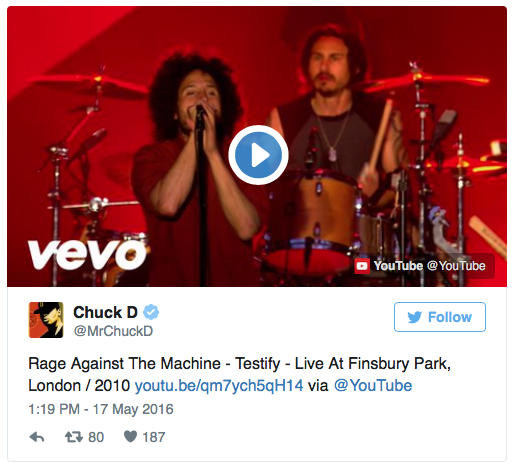 And a poster campaign has splashed the streets of Los Angeles: 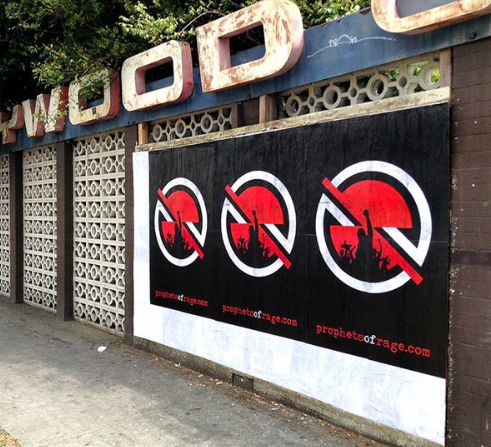 Earlier this year, bassist Tim Commerford told Rolling Stone magazine: “We are still a band, and we still might play again. We don’t have anything scheduled right now, but you never know what the future will bring.”