“And we’re doing this one differently than we’ve ever done a record.” Steel Panther Is Recording A New Album!

All four members of Steel Panther were recently a guest of the “Lipps Service With Scott Lipps” podcast and revealed that they’ve started recording their sixth studio album!

The new album will follow up 2019’s “Heavy Metal Rules” and should be out by year’s end.

Drummer Stix Zadinia said, “We’re recording a new record right now. And we’re doing this one differently than we’ve ever done a record. Usually, for every record, we get together, we go into pre-production, we work it out. Satchel [guitar] will come in with the songs, then we’ll get together physically, work ’em out, go record ’em, and we’re all at the studio. And because of the way things are now, it’s forced us to sort of look at things through a different lens, and we’ve decided to try it this way… I’m tracking drums here [at home], I’m sending it to the guys, then there’s guitars laid over, and then vocals that are gonna be recorded. So it’s very separate. And then we’ll have somebody mix it. And that’ll be the record.”

Guitarist Satchel said, “It’s basically very similar to the way we’ve been doing records, except just a different order. I think every time you do a record, there’s so much that has to be put into writing a song, making a song good and listening to a song from start to finish and having it be exciting and not bore you — all the stuff that goes into that is before you ever start to record. And then recording these days, we’re all very lucky because you can get really great sounds in your home studio. The only thing that we’re probably gonna go, and need to go, into a really good studio for is the drums, ’cause that involves the room and other things. But you don’t necessarily have to do the drums first. If you’re playing to a click, and if you work out the parts that you want for a record, you can replace it with real drums later on in the process. And that’s just all we’re doing. We’re doing the guitars and the bass and the vocals first, and then we’ll probably end up going in somewhere and doing the drums afterwards and then mixing at the very end. Mixing is always the last part of the process anyways. Just a little bit different order this time, just because like a lot of bands, most of our money comes from touring, so we don’t have the money to go throw thousands of dollars to a recording studio right now.” 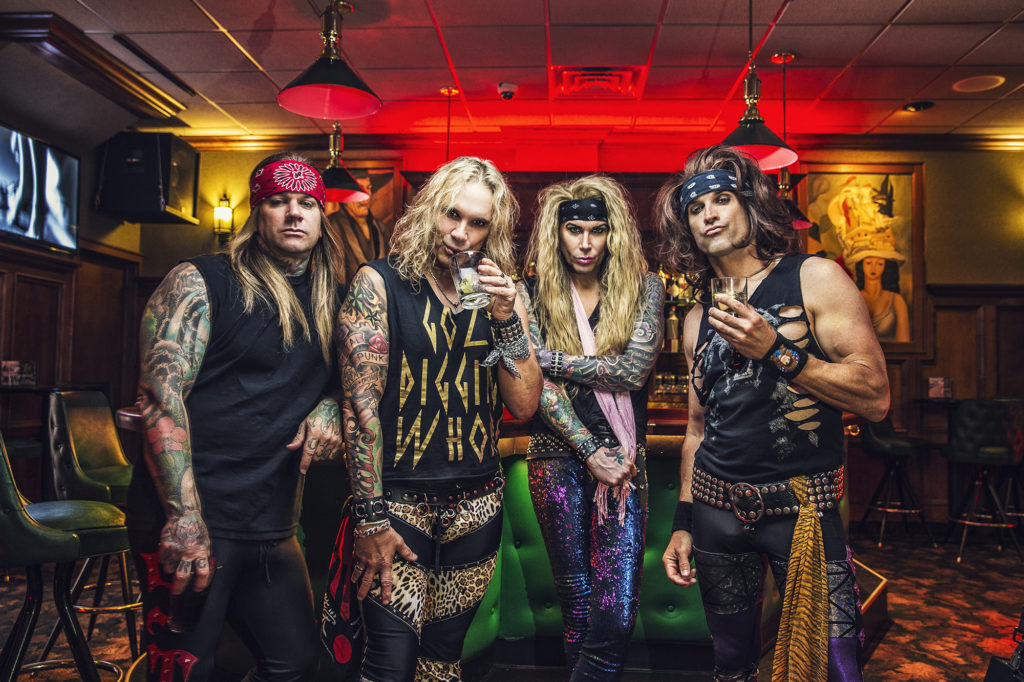 What should Steel Panther call their forthcoming new album?